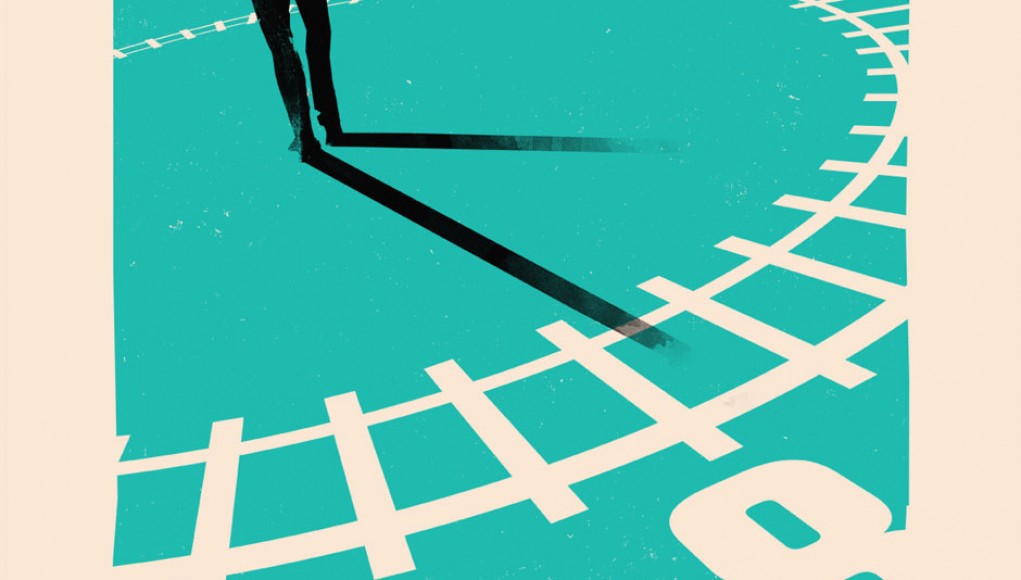 Moon was one of the few straight science fiction films in recent memory that resisted common Hollywood tactics to lure theatergoers. If trailers for Source Code kept you away, reconsider. Yes, you will find yourself constantly bombarded by explosions and suspense, but beneath the surface you will be provided with a fantastic ride through theoretical physics not seen in cinema since Contact.

Captain Colter Stevens (Jake Gyllenhaal) awakens on a train heading to downtown Chicago unsure of his surroundings. He wanders around the train, and after eight minutes the train blows up. Stevens awakes inside a capsule monitor-to-monitor with Colleen Goodwin. An experimental government agency has built a technology that allows a person to return to a previous space and time. His new mission is to return to the same moment in time on a commuter train to investigate where the bomb is and who on the train is responsible for planting and detonating it. Yet, every time he returns to the train, he has only eight minutes to make progress and recover more details. Moreover, each time Stevens awakens inside his capsule, his mind and physical health further deteriorate.

While I hate to compare one film to others, Source Code has Groundhog Day, Avatar, The Matrix, Prince of Persia, and Donnie Darko all rolled into one (the latter two are interesting as they star Gyllenhaal). Yet, the film stands on its own and questions our world’s current situation regarding terrorism and how politics, technology, morality, and identity are involved. The mentioned films mostly only tackle one issue apiece, if at all. The film is not intertextual but applies the devices of space, time, and existentialism in cinema like never before.

The wonder of Source Code relies on how the viewer follows Stevens’ quest. We drop into the same confusion that Stevens has, and we never truly know where to go from there. Despite the constant returning to the same time and space on the commuter train, the film is never predictable, partly because Stevens is required to build upon his previous experience, Prince of Persia style. While the film constantly returns and adjusts the same event over and over, we are given a chance to perceive how theoretical quantum physics can ponder how another parallel universe can exist.

Much like Duncan Jones’ debut, Moon, Source Code revolves around repetition and the exploitation of human beings who have left our world (as a being and as a physical resident of Earth) by larger organizations with access to state-of-the-art technology. Like a great science fiction film, it questions morality. As a contemporary science fiction film, it summons all the questions that we seek to answer today, including terrorism in modern society, racial and ethnic profiling, technology’s role in quashing attacks, and the reason one would care to blow up a train to begin with. Beyond that, the film suggests that our worst enemies and the best of strangers are forever present.

One lovely suggestion in the film is how different folks deal with their bitterness toward the greater world. While the terrorism that lingers over the film’s narrative is based on anti-government sentiments, a comedian with the same bitterness toward to the world takes a different approach. Where a terrorist inflicts violence on unsuspecting civilians, a comedian spreads joy by joking about the common banalities of life to the same group of people the terrorist would have destroyed.

Source Code is a examination of the war on terror cleverly disguised as a science fiction thriller. Moreover, it is a quantum-physics jungle gym that allows us to contemplate themes of destiny, identity, and where we fit into this crazy world, a world that is filled with both terrorists and comedians, both of which understand that our world teeters on the edge of absurdity. The film is by nature repetitious, but the narrative is constantly unpredictable. Source Code is an anomaly for films released early in the year, meaning it’s very good. It would be unfair to look at this film as a reaction or as jumping on the Inception bandwagon. Source Code may rely on previous films’ gimmicks to sell itself, but it offers a truly science fiction story that poses questions that are not easy to answer, if there is an answer at all.