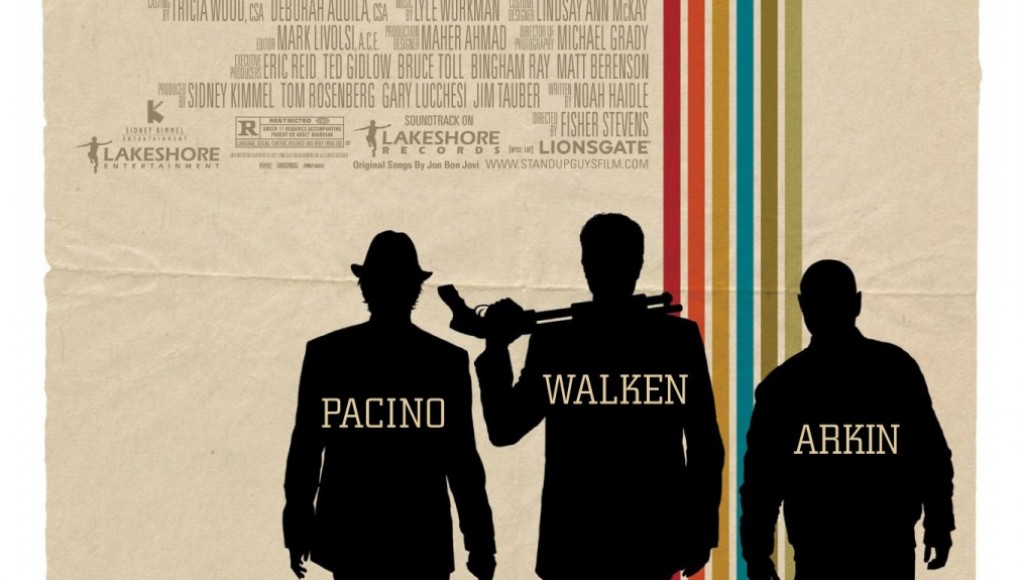 For most, our last day alive will come unexpectedly. For Val (Al Pacino) in Stand Up Guys, it is the day after he is released from serving in prison for twenty-eight years. He is met by his friend and former partner Doc (Christopher Walken) who obliges to foot the bill for Val’s night of partying. Val has been marked for death, and Doc has been tapped to make the execution. The reason? Val had accidentally killing mob boss Claphands’s (Mark Margolis) son those twenty-eight years prior, and this execution must be carried out within twenty-four hours. That is, not before Val and Doc spring their former partner Hirch (Alan Arkin) out of his nursing home for the night to join in on the escapades.

Along with enjoying his last night, Val wants to take the time to enjoy the same things he once enjoyed when he was younger: women both purchased and swooned, recreational drugs of the prescription kind, and fast cars that are not theirs. However, each event exemplifies the cultural and technological changes after time prison: the women have changed tastes, the cars have more gadgets, and some drug overdoses require some stranger relief procedures. But some things have still stayed the same: women still like a good dance, and fast cars can still be driven in the same excessive fashion.

Despite being contracted by Claphands to carry out this last mission, Doc has shown some of the conventional aspects of a retiree. The very first shot of the film is Doc completing a painting of a sunrise in his humble apartment. On his way to pick up Val, he drops by a church to pray, and shows a non-romantic affection towards a young female waitress at his favorite diner. When Val realizes that Doc has been hiding a secret, Doc explains that his intentions to reach out and make a personal change will occur tomorrow. That is, until “tomorrow became today,” the most impressive quote to walk away from in this movie.

Stand up Guys may not seem like a comedy, but it is. Its humor is situational but also sparse, as is the violence.  Yet, its focus on the existentialism of elder mobsters may be appreciated by a wiser crowd, who perhaps had enjoyed their earlier performances of the central actors during their younger days. Arkin, Pacino, and Walken are talented veteran actors who have played some intense roles in their past, but here they are teddy bears considering their role in their former profession during the twilight of their lives. Twilight actually comes rather quickly in the film, but the sun rises more than once—both literally and metaphorically—and bookends the film for an appropriate symbol.

While the three men in question have had a career in the mob, they did so with justice on their own terms, and they have remained stand up guys throughout the years. Granted, we are unaware of the atrocities during their heyday, but on this last night, they are calm, cool, and collected. They might have even been the gentlemen of the underworld. 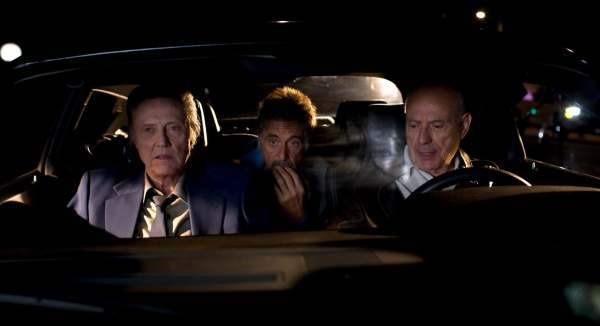