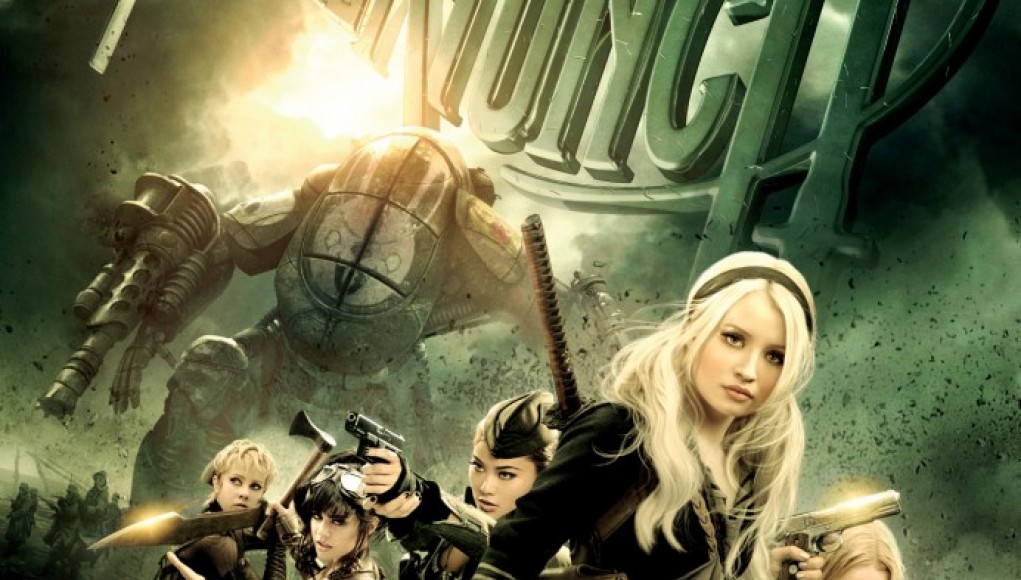 Zack Snyder’s Sucker Punch is a myriad of loud, kinetic images tied together by a story that doesn’t fully work. It’s not the terrible, soul-crushing disaster that most critics and audience members are concluding as of late, but merely an entertaining misstep with better than good intentions. Snyder proves here that his visual style is unmatched, creating some truly vivid sequences that rival any 3D production, but he stumbles more than a few times in his thematic construction. With Sucker Punch, Snyder is speaking to anybody who’s ever faced oppression or ridicule (perhaps including even himself as a filmmaker), but his passion for elaborate set pieces overrides much of the dramatic weight he aims for in the film’s core meaning.

The film follows Baby Doll (Emily Browning) as she’s institutionalized in a mental hospital by her oppressive and scheming stepfather after the accidental death of her sister. Faced with an impending lobotomy, she retreats into the recesses of her own imagination and conspires with her fellow inmates Sweet Pea (Abbie Cornish), Rocket (Jena Malone), Blondie (Vanessa Hudgens), and Amber (Jamie Chung) to escape the institution and the evil whims of Blue (Oscar Isaac), the hospital’s head orderly.

There are five worlds that Baby Doll inhabits, but the line that separates “reality” and “imagination” is increasingly blurred as time goes on. In Baby Doll’s reality, she is subjected to the horrors of the corrupted system that seek to imprison and silence her for good. In her base imaginary state, the hospital becomes a brothel where she faces eventual sale to the High Roller, who in reality is the lobotomist (Jon Hamm) at the hospital. The common thread between these two settings is the oppressive nature of the dominant male.

In the subsequent realities that Baby Doll creates for herself, the girls are tasked with finding items that will aid in their escape from oppression. It’s here that Snyder’s kinetic style takes precedent, and each action sequence has its own flow and signature. In their search for fire, the girls storm a castle reminiscent of Mordor in The Lord of the Rings and face an angry dragon. While searching for a map of the hospital/brothel, they do battle with a horde of German zombies in an alternate World War I. In the film’s most stylistic sequence, they fight a group of robot assassins on a city-bound train that’s carrying a bomb.

Many of these sequences are exciting in their own regard and deserve to be seen on a large screen. Snyder’s handling of action choreography and shot composition are, in many instances, a marvel to behold. His use of depth and deep focus create an illusion that proves the needlessness of 3D as an attraction. If the film were to be muted, the visuals alone would have me rapt with attention. Much of Sucker Punch is an amusement park ride, but if this sounds a little indulgent, then you’re not incorrect. While it’s often fun and inventive, Snyder’s two-hour roller coaster becomes a little too much to handle, and I wish he would’ve explored the deeper meanings he hinges the action on. And believe me, there’s plenty of symbolism to be had.

The film’s style, at least at the hospital level, suggests that the story takes place in the 1960s, which marks the beginnings of a certain kind of feminism in America. As stated before, the film is about the oppression of the female by the male authority figure, and it calls for the fight for one’s equal rights. Baby Doll and Sweet Pea are the bookends of the fight and the catalyst for change in the hospital. Baby Doll is the radical, the one who is willing to stand up against Blue and the others and even sacrifice herself if necessary. She is the Rosa Parks, the Betty Friedan, and the Anne Koedt of the group, and Sweet Pea, while referenced to as the “strong one,” is the future of the movement. Baby Doll and the others have paved the way, and now Sweet Pea must carry on and fight for those who cannot fight for themselves. Squeamish at first and hesitant to resist, she is the model of the modern woman, leading the fight for equal rights into the 1970s.

At the brothel level, the girls are subjected as sexual pawns in a world dominated by masculinity. While often abused, they realize that the key to their freedom is in their sensual nature. In order for the girls to achieve their goals for escape, Baby Doll distracts the males by putting on a seductive dance that distorts their notions of power and turns their dominance against them. Many have found this point misogynistic, but I couldn’t disagree more. Snyder is well-versed in not only his American history but film history as well.

Women in the 1960s and 1970s were encouraged to embrace their sensuality as a way to express their identity, breaking the norms established by the Victorian Era of society and fostering a world that would embrace femininity as a source of power and respect. This lead to more pro-woman movements and publications, with Cosmopolitan being the most notable of the bunch. In regards to cinema, Snyder harkens back to 1930s classics such as Baby Face and any Busby Berkeley musical where women used their sexuality to advance in the world and thwart the male dominance of the time. It’s appropriate that he sets the alternate universe in a brothel, where sexuality could most appropriately be used as a tool, and by doing so he creates an environment indicative of a pre-Code Hollywood musical.

Snyder’s choice in musical cues has always been fairly hit or miss for many, but here he uses each song as the rhythm for either an action sequence or a dance number, thus harkening back to his love for pre-Code productions. Remixing many popular songs such as “Sweet Dreams” and “I Want It All,” it’s often appropriate and invigorating. But its in these details and flourishes that Snyder often loses sight of the greater story and the meanings associated with them. It’s obvious that he and his co-writer Steve Shibuya are attempting to tackle some immense issues, but it’s as if Snyder doesn’t know how to get them across to the audience. Through vague asides and philosophical whims, he tries to get the audience to think about the topics he’s trying to broach, but he never allows the characters to stop long enough to explore the conflict at hand.

And with that lies the central issue of Sucker Punch: its inability to make a lasting statement about anything it addresses. It’s admirable that Snyder tries to comment upon and make fresh the issues of femininity and equality, but he isn’t fully committed enough to his story to tackle them head-on. Whenever the film starts to go somewhere with these topics, Snyder reverts to his action roots and hammers the audience with spectacular sights as if to cover up his inability to confront the film’s core message.

There’s a great film within the entertaining misstep that is Sucker Punch. It’s only a couple of drafts away.