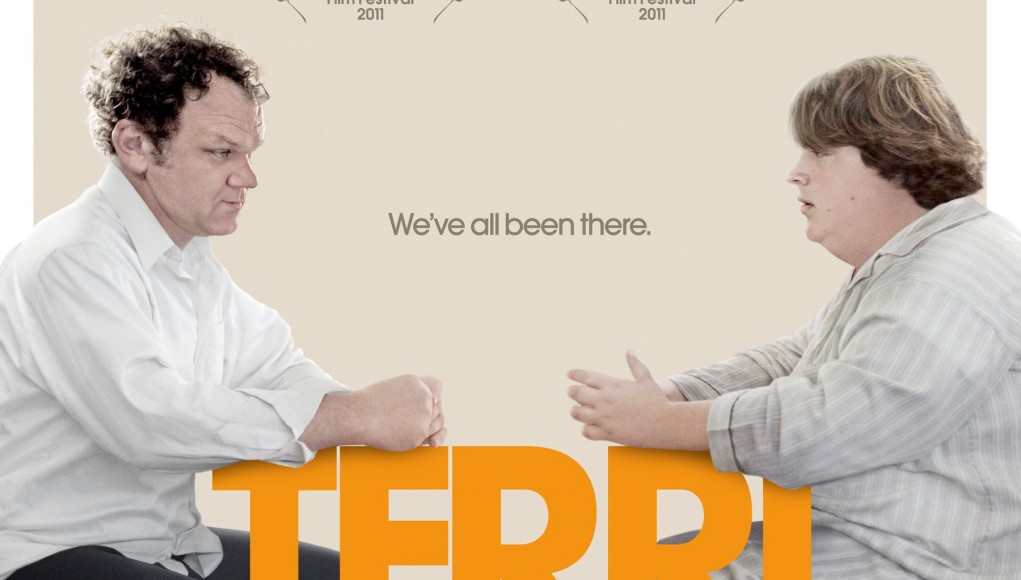 Finally, American independent cinema has portrayed high school life with some accuracy. For decades we have been subjected to films such as The Breakfast Club and Mean Girls which, to some, exemplified the American high school experience. But Terri gets it mostly right. Outsider “monsters” are created and exist due to a variety of factors in and outside of the whitewashed, cement walls of high school. This 2011 independent film was a darling of Sundance for good reason, but also exhibits some of the worst aspects of “Sundanced” films.

Terri (Jacob Wysocki) has begun to wear pajamas to school and his grades are beginning to fall. He lives with his Uncle (Creed Bratton) who appears to have mental and physical issues that also rise and fall with the narrative. When Mr. Fitzgerald (John C. Reilly) recognizes Terri’s social and academic failures he begins to take him under his wing. When Terri’s crush Amy is sent to Mr. Fitzgerald for potential expulsion, Terri has information and chooses to make a stand.

Terri wants so hard to be a hilarious film, but most of the moments merely provoke grins. The film as a whole is a lovely coming-of-age tale that is efficient and certainly has moments that are unconventional and rarely explored, especially with talents this young of age. A scene that takes place in pivotal scene shows the changing maturity in the main character while still exhibiting the childish behavior that still exists within. While most teenagers want to grow up as fast as they can, others like Terri, never had a chance to really be a child in the first place. Despite his Uncle being the caregiver, it truly is the other way around.

Mr. Fitzgerald is that assistant principal who wants to be the cool AP who really just wants to see kids make it out alive because he used to be that outsider. But, he knows when the law needs to be laid down, when those who do inappropriate things should be punished. Reilly returns to his roots in awkward improvisational humor but his role is both supported and challenged by the star roll portrayed by Jacob Wysocki. This newcomer seems to be exactly like the outsiders that had difficulty fitting into social spheres in high school. These two characters alone give Terri the accurate gravitas necessary to carry the theme from beginning to end.

The issues with Terri are similar to the issues I had with Win Win. A wonderful story that steals the hearts of arthouse festivals, yet is butchered and work-shopped in an attempt to create an Indiewood hybrid that is marketed for a wider audience. The aesthetics are cut, leaving a mindless journey from beginning to end, a return to the cinema of obvious. Nuances are left out in the cold and are replaced with a clean narrative, and its indie-cred remaining with the main character walking in the wood through the brush and a cut to black.

Terri may in fact be one of the most accurate representations of the contemporary American high school experience in film in many years. I was offended by comments by older spectators when they said that Elephant was an accurate portrayal of high school and localized violence among teenagers. Bull. While Terri certainly has its flaws, it portrays the roles between outsider students, the teachers who barely care (not to say that all teachers have given up), and the counsels and assistant principals who deal the deviance that rises to the surface. It explores how these outsiders, called “monsters” in the film, use their weirdness to stick together, and their apparent weirdness and differences are sometimes due to a volatile homelife.