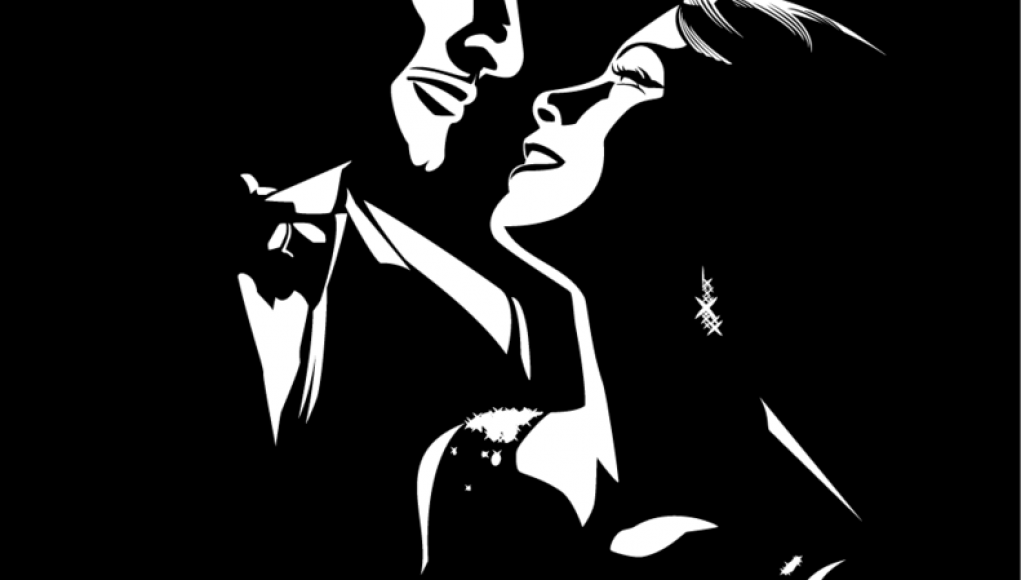 Yes, there was a time when film did not forcibly shove junk into your face or crowd your ears with high volume rumbles and electronic soundtracks. The Artist takes us back to a time when the entire film industry completely changed its technological foundations almost overnight, effectively leaving behind thousands of talents who either resisted the change or were unable to assimilate into sound production. While the film got the basic aspects of the film down perfectly, it scrapes the bottom of the barrel.

George Valentin (Jean Dujardin) accidentally bumps into Peppy Miller (Bérénice Bejo), a sidelined spectator on the red carpet at the premiere of George’s new film. The newspapers the next morning go wild for the unnamed girl and her instant chemistry with George. Meanwhile, George is introduced to the future of filmmaking, sound, a future he wishes to distance himself from. George and his humble and faithful butler, Clifton (James Cromwell), feel the financial pain of this transition to sound while George dumps his own fortune in silent film production.

Of some of the achievements of the film include bringing to light the importance of making visually succinct films. Today, so many films are released that are dependent on viral campaigns, larger than life stars, and uncanny, yet baseless hype. The Artist shows us that there was a time when facial expressions and pantomime ruled the screen. The film’s orchestral score is fantastic as it rehashes scores from film history to provide textures that project the context of the time.

Among the failures of the film is its lack of urgency and predictability. Sound was the beginning of the studio system, where films were stamped out and began to resemble each other a little too much. My own negativity towards the film is simply that you could pick out any romantic comedy from this era and find a film just like The Artist. So, then, what is the big deal?

George refused to be a part of the nsew technology, which begs the question: Do we really need to follow a character who is too stubborn to accept the future? To answer this question, it is important to know that inventors were attempting to sufficiently synchronize sound and film long before 1927, and were unable to do so for long periods of time, or even to project the sounds to rooms of hundreds, sometimes thousands of people. So George having resisting the technology is not far fetched. For anyone who has an above average knowledge of film history, there were dozens of actors who survived the switch from silence to sound film and still resisted saying a word. Charlie Chaplin and Harpo Marx enjoyed incredible success during the 1930s without making a single peep. The moment Chaplin did speak, he was the first worldwide star to make light of the hateful rhetoric of Adolf Hitler in The Great Dictator, long before the depth of the atrocious Holocaust was known.

The Artist gives us a chance to peer deeply into the eyes of the talents on screen. Durjardin’s mug is perfect for the role, and the character points to the silent hearthrob Rudolph Valentino. Bérénice Bejo characterizes the It girl and the flapper, minus the egregious smoking and promiscuity (at least not on screen). Cromwell, John Goodman, and Malcolm McDowell are perfect supporting characters to exemplify the need for bombastic facial expressions. Goodman alone demonstrates the loud, power hungry studio mogul of the time period. But we certainly cannot forget Uggie, the well trained Jack Russell Terrier that stole the show out from under the rest of the cast. His inclusion of the film harkens back to early cinema’s love of dogs such as Rin Tin Tin and even the star of the British short silent film Rescued by Rover. In fact, The Artistpulls a shot directly from the 1905 short silent film.

The Artist caters to audiences who yearn for the days of yore and swoon at proto-typical romantic comedies and their meet-cutes. The film is well produced and it shows. The filmmakers nailed the time period and much of the context of the time. Of course, there is missing information regarding the resistance and hesitation of the rest of the film industry that could change perceptions of the coming of sound. In the meantime, The Artist succeeds in what it has attempted, but a more sophisticated audience member may find themselves yawning and bored like they would be watching most of the films from that period of filmmaking in a contemporary setting.