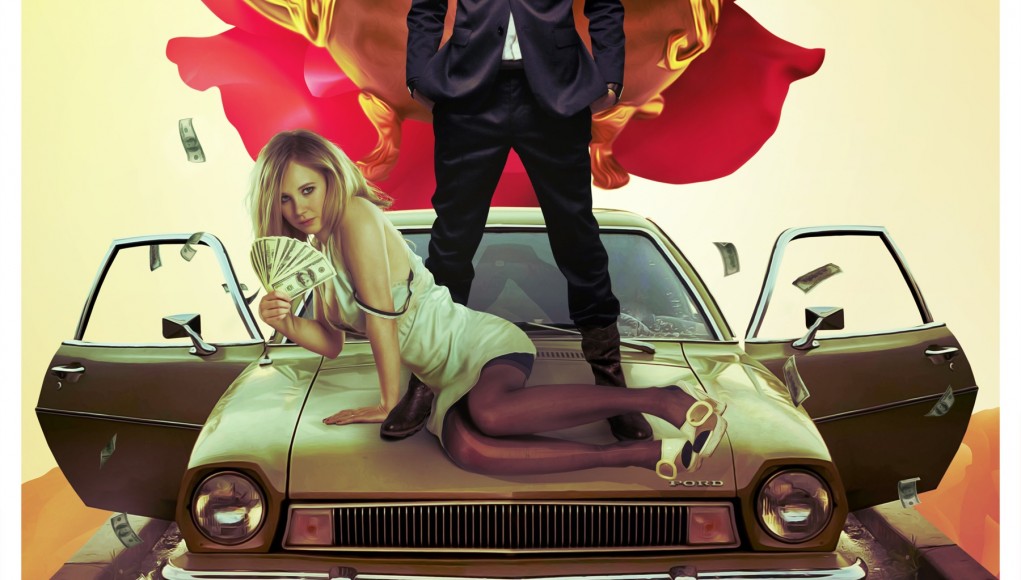 Not all comic books are about superheroes subverting plots to end the world. Some are entertaining stories where supernatural events lead seemingly average characters to resort to self-mutilation for financial gain, or for the audience, a dark comedy. The Brass Teapot explores how a financially troubled couple stumbles upon unimpeded fortune that embraces predictable plots to overcome them.

Alice (Juno Temple) and John (Michael Angarano) are a college-educated married couple in their salad days, with little hope of finding jobs as their bank account reaches depletion. While browsing at an antiques shop, Alice impulsively steals a brass teapot. While preparing for an interview, Alice notices a strange event after she burns herself with a curling iron: money appears in the teapot. Alice and John use the teapot to their advantage, abusing themselves and others, with a large fortune appearing magically in the teapot.

The premise alone is clever and fun, and the film is very aware of the possibilities as well as the predictable plots. The Brass Teapot never loses traction as Alice and John stumble upon new ways to hurt themselves and others, both physically and emotionally. Once Alice and John become unabashedly wealthy, they tend to forget their humble beginnings and friends Louise (Alia Shawkat) and Chuck (Bobby Moynihan) who remained in the same economic disparity that Alice and John had magically escaped. They also become harassed by two Hasidic Jewish brothers, as well as a Dr. Li Ling (Steven Park), a man who represents an organization that has wanted to obtain the teapot for millennia, and well aware of its treachery.

The Brass Teapot is a brash film that taps into the innate joys that comes with witnessing the pain of others. This schadenfreude is not simply enjoyed by the audience, but Alice and John tend to also enjoy the physical and emotional misfortunes of others when they realize such misfortunes transfers to their own economic prosperity. One of the most unexpected elements of the film is the emotional pain that Alice and John tend to inflict and bear on themselves and others, although it surprisingly brings them closer together.

The teapot’s mystical abilities to trade pain for currency is not all that different from what Alice and John are interested in doing in the first place, working dead-end jobs to make money. The teapot represents how the route to obtain wealth will not be a cushy journey. John is seen early in the film dragging his feet to his telemarketing job, where he is delivered soulless optimism from his boss. Of course the film’s mystic plot has the cliché “no pain, no gain” ringing true, perhaps because some clichés have an inherent element of truth.

John is quasi-aware of the ramifications of undeterred income flow, comparing the teapot’s abilities with the ring in Lord of the Rings. This awareness allows The Brass Teapot to overcome conventional pitfalls that come with predictability, especially since the film is unapologetic at hiding its borrowed plot and clichés. Yet, its originality in presentation and its quick pacing is allows the film to become so clever and charming.

Adapted from a comic book series of the same name, The Brass Teapot is able to breakout of its comic book source and transfer the comedic themes to the screen with ease. The quick pacing and light-hearted story is consistent throughout the film, always sidestepping predictable traps that lead most films such as this into a slow stride. Temple and Angarano make for a plausible couple both plagued by and benefiting from an ancient relic with mystic abilities. The Brass Teapot is not anything out of the ordinary, but is an adequate retelling of myths repurposed for a time period in which college graduates like Alice and John struggle to make ends meet after attaining their college degrees. It also exemplifies the familial and societal pressures to attain a particular lifestyle, and the overwhelming feeling that couples like these must rebel.