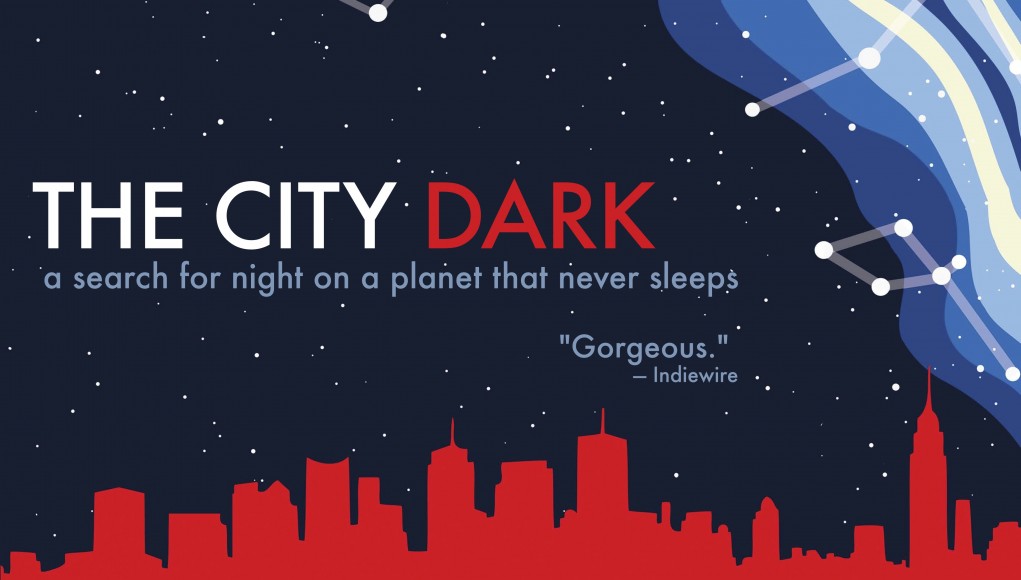 Fuck you Edison. That is essentially what City Dark director Ian Cheney is attempting to reveal in his telling documentary that explores how light affects natural patterns and phenomenon. Light pollution as it is called, prevents professional and amateur astronomers from enjoying a clear look at the stars, has a negative effect on animals such as a the sea turtle, and may even be a factor in our own health.

Cheney begins his trek in the middle of Times Square in New York City, the epitome of the use of lighting in modern applications. Light pollution is caused by light being refracted through dust and particles in the air, increasing the amount of light in the night time sky. This light reduces an astronomer’s ability to see the stars. Cheney makes excellent connections to how early sailors used the stars for navigation. Furthermore, if the stars were more visible, perhaps we, as humans, may have a better understanding of space if it was not so littered by such light. Cheney travels to many locations, particularly in New Mexico where there are locations specifically founded for astronomers to enjoy the clearest nights possible. Light pollution reaches further into our planet’s eco-system. Added light reduces the chance of newly born sea turtles, an already endangered species, from safely reaching the sea. The sun’s natural light cycles create a cicadian rhythm in beings, especially humans, and with out the dark, it can reduce our health drastically.

But Edison’s discovery of delivering electricity and the standard light bulb brought about modernity. Furthermore, Edison is one of two spheres that are credited with inventing cinema as we now know it. These three inventions were responsible for almost immediately changes to human behavior in the modern world. Lighting now allows us to enjoy activities long after the sun has retired. However, nature, as we are beginning to truly see with drastic climate change, does not bode well to immediate change, and human nature is no different. Is the ability to stay up at night even later the blessing that we have come to accept? There is a grand trend on returning to nature. This includes manufacturing running shoes that are in the shape of a foot, and even growing food with organic methods. But, can we return to the darkness?

The documentary includes many interviews with proponents of a darker sky, particularly astrophysics Neil deGrasse Tyson who is no stranger to infotainment and political discussions. Other interviews include astronomers, boy scouts, lighting designers; all who have acknowledged the importance of a darker night. The only obvious issue the film has is Ian Cheny’s robotic narration and a forceful diction that ruins much of the beauty that the film explores visually.

Cheney’s previous efforts have included King Corn, an investigation to how corn has shaped the American diet, and the resources necessary to produce it. Along with The City Dark Cheney is exploring how elements that seem so trivial have exponential effects on our lives. It would have been interesting to see how light pollution may affect corn production, but it is probably better that we move forward. Cities are now beginning to enact light ordinances that require reflectors, but will that be enough to turn back the damage we have done to the night sky? Could humans begin to evolve separately based on their exposure to either natural light from day, or the artificial light at night? The City Dark seems to pose more questions than answer them. In most cases this is poor documentary methodology, but here, it clearly shows how light pollution is an ignored phenomenon that is not getting the attention it deserves. In that case, Cheney has done a service to audiences.