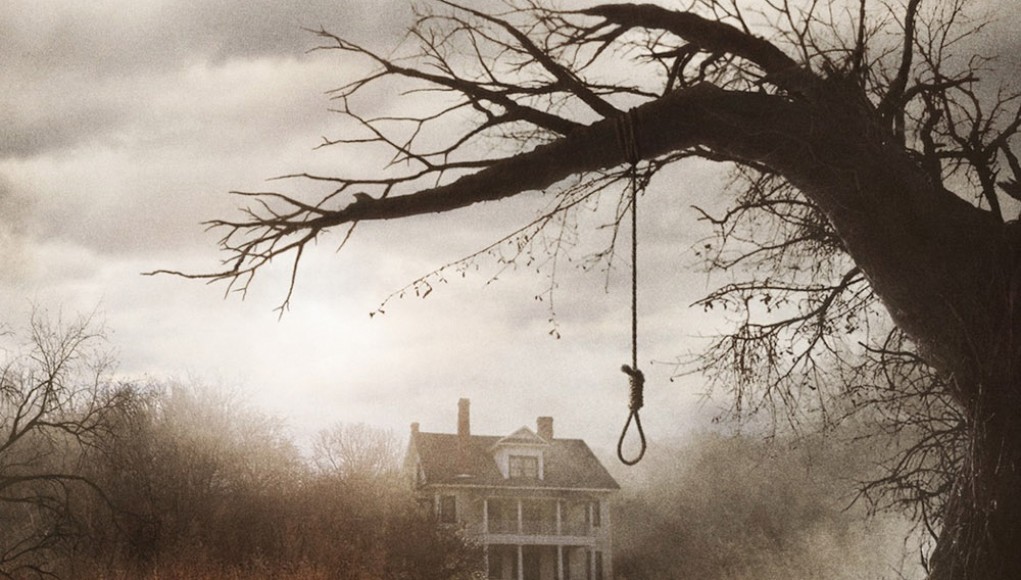 The Exorcist terrified the nation like no other horror film before it, and its demonic themes and imagery were inventive and captivating. It was supposedly based on a true event. Just the words “based off a true story” will assist audiences into believing anything they see, because if marketing says it, it must be true. The Coen Brothers made use of this concept with Fargo. When you put religious mysticism and advertising phrases like these together, you can create a cultural phenomenon. While it is no Exorcist, The Conjuring uses much of the same ideals, but rather than focusing on gore, it is fueled by concrete character building and an inherent story to craft a satisfying and suspenseful horror film.

Carolyn and Roger Perron, along with their four daughters, have moved into an old home in Rhode Island in 1971. When their dog refuses to enter the home, they find it brutally murdered the next morning. Subsequently, one of the daughters begins to sleepwalk into an armoire left by the previous owner, another is attacked by a ghostly woman, and all the clocks stop at 3:07 AM every morning. After all these events, the Perrons begin to worry about their safety. They confer with Ed and Lorraine Warren, a husband and wife paranormal investigation team. Lorraine, a medium, has suffered from trauma from the previous exorcism, and is just as concerned with the battle that must be fought in the Perron home.

The film begins with a statement that Ed and Lorraine have become one of the most well-known and successful paranormal investigators of all time, but the events that are depicted in The Conjuring have been so traumatic to the Warrens, that the event has not been discussed until now. The two have had several of their cases become novels or films, including The Haunting in Connecticut and The Amityville Horror franchise, to name a few. Box office success aside, the Warrens are dead serious about their profession, and speak actively at colleges, often times showing footage of their exorcisms. They understand why they are called “kooks,” but Ed is quick to state that most of the cases they investigate can be explained with rational scientific explanations. Yet, there are certain situations where science flies out the window.

The Conjuring certainly has its share of suspense with a few bona fide scares. There is a mix of handheld and static shots, all used appropriately in their respective situations. The handheld shots convey a sense of paranoia in the house when demonic entities are literally pulling legs, or when a character is chased up and down stairs. Practical effects dominate the visual trickery with only a few, but appropriate digital effects to create the supernatural. However, much of the scares are procured by audio. A loud crashing of pictures along the wall of the staircase come falling down, and a few well-placed clapping hands will tighten any sphincter.

It is hard to use the term “real-life” in this review, since we know that Ed and Lorraine are;real people, and so were the Perrons. Even Ed would recognize that there is a degree of skepticism in paranormal activity, but that this story is the real deal. We know that adapting real stories to film will always have a certain amount of liberties taken, but it is difficult for a skeptic like myself to sit here and accept things as they occurred on screen, especially when the film’s epilogue provides a direct quote from Ed Warren: that there is a definitive and tangible good and evil. No matter what you believe, The Conjuring is satisfying in the sense that it has a fair share of frights and ghouls to go along with its compelling story.