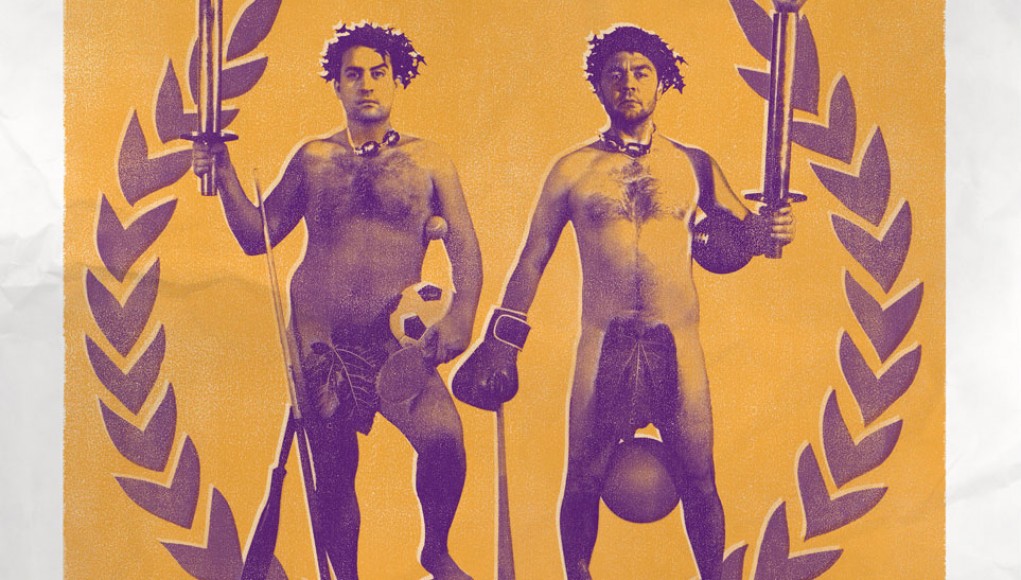 After being shelved for four years due to more pressing projects, The Duplass Brothers’ The Do-Deca-Pentathlon arrived softly on Netflix Instant, and may be the last film from the Duplass Brothers to retain the innocence and sincerity of full-fledged Mumblecore production modes. Regardless, this 2012 independent film is hilarious and fun, and may even trigger the compassion that arises from some brotherly competition.

As teenagers, Jeremy (Mark Kelly) and Mark (Steve Zissis) compete in a Do-Deca-Pentathlon. The infamous event apparently ended in a controversy and a clear winner was never declared, although their mother insists it was a tie. Almost two decades later, the two estranged brothers, who are individually in a rut, reunite for Mark’s birthday. When Jeremy finds the original VHS tape of the event, he realizes it has been taped over, and suggests for the two to compete once more, to their mother and Mark’s wife’s chagrin.

The Duplass Brothers have had a decade of success with their low-key independent films, and their last several projects have merged the inadvertent Mumblecore style with more well-known talents in Cyrus and Jeff, Who Lives at Home. The Do-Deca Pentathlon has allowed the directors to return to a project that had lost priority when larger projects were greenlit. Four years later, the low-budget production has finally been finished. While it does not have the more well-known stars, Mark Kelly and Steve Zissis amicably portray the inherent competitive kinship that naturally occurs between two brothers. From the context of the first act, the original Do-Deca-Pentathlon was far from a typical friendly set of competition, but must have become a cut-throat battle that left the two irritated with each other.

Notice the similarities between the characters (Jeremy & Mark) names and the names of the Duplass brothers (Jay & Mark). As with most of their films, The Do-Deca-Pentathlon focuses on a turbulent relationship between two brothers, and like their last several films, a father figure is either missing or in still being mourned. The Puffy Chair was a road film where brothers attempt to reclaim the nostalgia of a recliner for their father; Cyrus is humorous Oedipus tale in contemporary America, and Jeff also featured two brothers with disparate thirty-something lifestyles. These films, along with The Do-Deca-Pentathlon, allow the brothers to explore their relationship as brothers while celebrating their father who was incredibly supportive according to Mark Duplass.

Both brothers are in a rut in their lives, and the 25-event Olympiad may be the only thing to bring these two back to cordial terms, if it does not ruin Mark’s relationship to his wife Stephanie (Jennifer Lafleur). Jeremy is single and a professional poker player with hints of jealousy towards Mark’s family. Mark on the other hand, has lost his edge over the years, probably in parallel to his receding hairline. He is nagged by his wife and is unable to keep up with his energetic teenage son Hunter (Reid Williams).

Although the Duplass Brothers return to familiar ground thematically, the film is surprisingly hilarious and touching. It retains the Duplass’ penchant for handheld camerawork; a cornerstone element to low-budget filmmaking, and a representation of its hand-made, low-key style of Mumblecore. It is charming and fun, and representative of the innate compassion that develops during competition, especially when the athletes are brothers uncertain of their future.