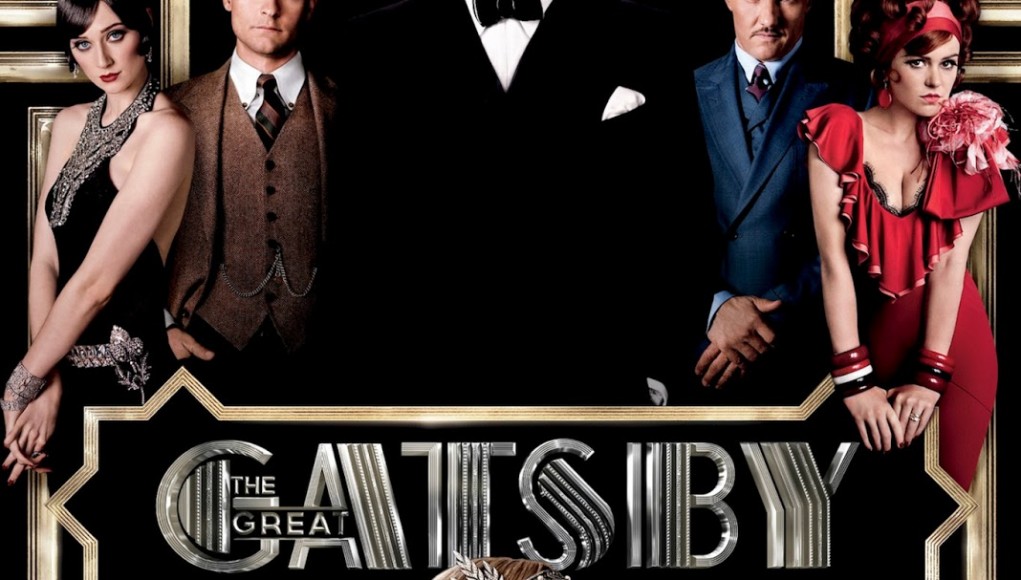 I read The Great Gatsby for the first time a year ago in anticipation for the film’s late 2012 release, however the film was postponed until this past weekend. Yet, it was not until the tragic ending of the film that I reached an understanding of F. Scott Fitzgerald’s novel, now considered a masterpiece. Although it made a soft landing during its initial publication, the novel was nearly forgotten by the time of the author’s death. Baz Luhrman’s 2013 release effectively captures the essence of the novel, a faithful adaptation about the pitfalls of excess, of which, the film offers an ironic but appropriate version in 3D, scored by contemporary hip-hop artists.

Nick Carraway (Tobey Maguire) studies to break into the bond market during the Roaring Twenties, and has rented a small cottage nestled in the woods near Jay Gatsby’s expansive mansion in West Egg.. His cousin Daisy (Carey Mulligan) and her wealthy husband Tom Buchanan (Joel Edgerton) live across the river, and Nick begins to enjoy their company. When Nick is formally invited to one of Gatsby’s parties next door at his mansion—seemingly the only one actually invited—Nick finally meets Gatsby (Leonardo DiCaprio) in person, and they strike up a friendship.

Luhrman sets the film into a hurried pace during the film’s exposition, showcasing the intense wealth of Gatsby’s extravagant and massive parties, contrasted with the old-money wealth and old-fashioned sportsmanship of Tom Buchanan. Nick narrates the film while in residence at a sanitarium, now reminiscing about a brief span of time when he, an aspiring businessman, becomes a central onlooker between the squabbling elite. It does not take long before Nick begins to hear rumors of Gatsby’s rise to wealth, and even partakes in relaying the rumors to others. Nick is in awe of Gatsby when he hears the truth of Gatsby’s cajones to re-establish himself and accomplish a self-fulfilling prophesy.

Gatsby forced himself to become an opportunist at an early age, and Nick sees the same opportunistic drive in himself now that he has put down Ulysses and picked up metaphorical Bonds Trading for Dummies.  Nick had always wanted to be an author, but the massive potential of the economic markets in post-WWI lead him astray to bonds, and in-turn, a ring-side seat to the wealthy literally driving over the poor while they fight for something that lacks a physical currency: love. Although friends, Nick and Gatsby are a stark juxtaposition of ideologies towards the road to success. Gatsby grabs opportunity, even if it is to reinvent himself over and over again. The polite Nick only accepts formal invitations and turns to books to help him embrace a new profession. Neither Nick’s politeness and formalitles or Gatsby’s opportunism are both are bound for failure.

I have been highly critical of 3D in the past, and while I did not see the 3D version of the film, The Great Gatsby is also available in this medium. Fitzgerald’s novel demonstrated the shallow lives of those who exhibit excess, and what is more excessive than 3D? Furthermore, the soundtrack is littered with hip-hop tracks by Jay-Z, assisting the film’s ironic way to deliver a message that the wealthy and elite have problems beyond money. Those who are dazzled by the massive Jazz-age parties, the synthetic computer generated imagery, and the third-dimension, have missed the point of Fitzgerald’s novel; that gross excess and recklessness cover up shallow lives, and pre-destination have determined our place in society no matter the struggle.

A week prior to the film’s release, I stumbled upon an 8-bit game based on the novel on Slate, where the left and right arrow keys drive Gatsby to row against the current. No matter how fast I could navigate between the two keys on my keyboard, I quit after my second attempt, realizing the point of the game and reiterating the point of the novel. When Gatsby was released during the mid-1920s, the American Dream was bottomless wealth and comfort. Just two generations later it was a home and family in a suburb, and today it seems to be fame without work. We have learned from several economic booms that sky’s-the-limit-profits do have its limits, and the time enjoying the wealth is always followed by extended recessions and depressions; practically hangovers from the night before.

The novel did not gain a following until after Fitzgerald’s death, the Great Depression, and after another brutal world war. Perhaps this recent adaptation is better handled by audiences now that we are just a tad-bit removed from the most current Great Recession and America is in the dusk of two wars in Iraq and Afghanistan.

Baz Luhrman brought Shakespeare’s Romeo + Juliet and Moulin Rouge to the screen with stylistic attempts to convey tragic hopelessness against wealthy dynasties. He uses contemporary musicians to help ease dumb-founded audiences into time periods considered unfathomable, now that we have entered a comfortable post-modern period or beyond. The Great Gatsby is a worthy adaptation because of the ironic form, while the appropriate timing of its release correlates with the increasing wealth gap and an emergence of a Second Guilded Age.