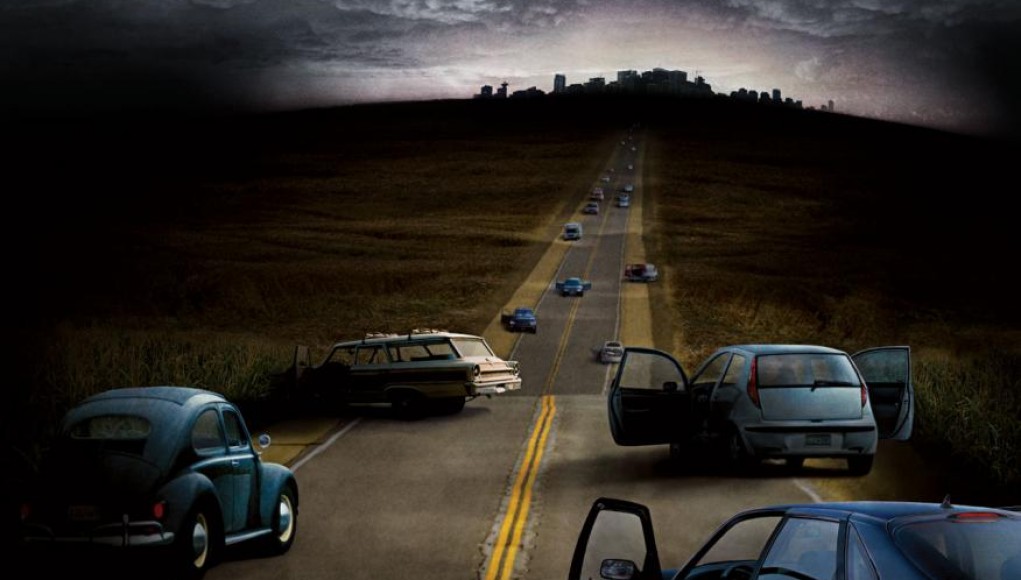 Since The Sixth Sense M. Night Shyamalan has released a barrage of films that never reached the same level of quality and The Happening continues this streak. However, M. Night has continued to practice his signature style in terms of personal crisis with a supernatural plot through the perspective of the protagonist.

The Happening takes a chance at dropping us media in res and this choice emphasizes the urgency of situation on screen. A neurotoxin has filled the air and zombifies humans until they find the quickest way to commit suicide. This wave of toxin travels via wind and has spread through crowded areas of New York. Elliot (Mark Wahlberg) and Alma Moore(Zooey Deschanel) choose to skip town along with Julian (John Leguizamo) and his younger daughter Jess (Ashlyn Sanchez) to escape the catastrophic event. Little by little, characters become infected by the neruotoxin and succumb to the effects leaving the main characters to fend for themselves.

Much like all M. Night films, The Happening ends with a twist that is far from satisfying. The event simply stops with no reasoning or explanation of the events, other than that the toxin will begin to attack Paris, France. We have been subjected to endings like this before with plots that deal with apocalyptic events that end abruptly. This includes Alfred Hitchcock’s The Birds.

The use of user-submitted content is a signature cinematic device that M. Night also tends to use often. In Signs we first see the alien figure in a home movie made by parents. In The Happening M. Night employs user-submitted content to depict another catastrophic moment. A passenger on the train earlier in the movie displays a man offering his arm to a tiger on an iPhone (may I also point out the critical product placement). It is possible that M Night is beginning to consistently use this cinematic device to deliver a new perspective to the protagonist and the viewer.

The performances were hit and miss with Leguizamo’s performance being the only one that truly stands out. Mark Wahlberg, Zoey Deschanel adequate but token performances. Most performances are unbelievable and blame should be placed on M. Night.

The Happening is certainly not terrifying and is barely creepy and definitely not suspenseful. Production values are borderline hilarious, like Signs. Overall, this film is entertaining, but not too much else. Too many times we are subjected to different ways victims of this toxin choose to kill themselves. This issue presents itself as a problem later in the film where it is overdone and tired. Deaths of particular characters are also easily predicted.

The Happening should be applauded for taking chances particularly with providing an unstoppable force that is not only invisible, but unconventional. The abrupt ending which refuses to offer a coherent and reasonable logic or satisfactory denouement. The Happening does have an aura and message that M. Night might be pointing to. A message beyond the film, possibly the affect of ecological challenges humans may face, or perhaps intelligent design.