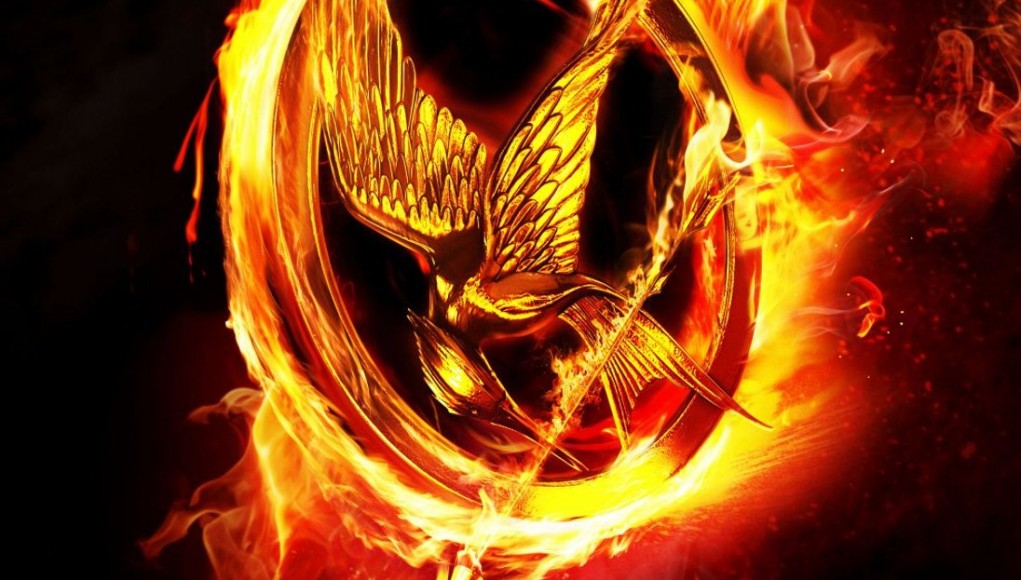 With the Harry Potter series done and Twilight drawing to a close, a new franchise targeting teenage female emerges. Despite its violent premise, The Hunger Games focuses on themes of survival not only in a battle to the death, but through nationwide celebritism and “reality” television.

The 74th Annual Hunger Games is around the corner, and the economically depressed District 12 has assembled its eligible teenage entrant pool for the drawing of the tributes, or “reaping”. After Primrose Everdeen (Willow Shields) is drawn to represent the district, her sister and archery master, Katniss Everdeen (Jennifer Lawrence), volunteers instead. Katniss and the male tribute Peeta Mellark (Josh Hutcherson) travel to the Capitol with an escort Effie (Elizabeth Banks), and the only living District 12 victor Haymitch Abernathy (Woody Harrelson). They arrive at the Capitol to train and garner favor of spectators under the help of Cinna (Lenny Kravitz). Twenty-four tributes have prepared to enter the arena for a battle to the death, with only one left standing.

It is impossible to ignore The Hunger Games as a comment on scripted “reality” game shows, and more specifically, the Occupy movement. “Reality” shows like Real World and game shows such as Survivor and American Idol bring diverse individuals into close quarters to watch a competition dwindle down to one. Through tell-all books, these shows were heavily influenced by producers who interfered in the natural progression of human interactions to boost ratings. This included encouraging alcohol use, voting fraud, and creating conflicts and bonds between cast members. The 2007-2008 Writers Guild Strike included grievances over the credentials and monetary compensation of reality show story writers, and today these story writers are an essential part of this contemporary television trend. The Hunger Games exemplifies this production trend and fuses it with the modern Olympics to create a story that explains America’s voyeuristic love affair with watching others fail and succeed.

The Occupy movement, a Western version of the Arab Spring, directly places the blame of worldwide collapse of economic prosperity on the 1%. The Hunger Games is an allegory for wealthy individuals administering rule over both the political and entertainment agenda of a nation. Rome and America did, and Panem is following suit. The tournament’s administers influence the outcome of the games by introducing obstacles, aid, and even changing the rules in order entice contestants to change their behavior and alignment with other contestants. The tributes are meaningless pawns, a chance to create an diversion for the districts and keep them politically, socially, and economically divided. By keeping these districts divided it cements the power of oppression these political leaders hold over the 99%.

Short stories such as “The Lottery” actually consider the implications of antiquated traditions with fatal outcomes as seen in this film. The Hunger Games fails to provide any clarifications to why this silly tradition truly exemplifies the uniting of these Districts. As said earlier, it could simply by to create diversion through fatalistic entertainment. The socio-economic and racial division between the districts is only barely touched upon. Katniss comes from a technology-impaired district that looks something right out of the Guilded Age. Yet, when she travels to the Capitol, technology and a high-standard of living is the norm. When a black contestant is eliminated a riot ensues; suggesting that there is still a racial divide in the nation.

Despite the violent premise, the film is relatively tame and focuses on the excessive and silly nature of the tournament, survival of the fittest, and regional alignment. The deaths in the film do not delve into gratuitous violence, and most deaths are quick and the fatal blows are only signaled through sound design and quick cuts. A casual observer will not pick up on the elongation of time, specifically the moments before Katniss approaches the start of the game. A thirty second countdown takes about three minutes to complete. The effects used in the film are divided between hokey and impressive. The hokey effects are found in a set of wolf mutts that are generated by the tournament administers. Their appearance is laughable at best. However, one scene has Katniss succumbing to hallucinations, effects that make use of experimental films from Eadweard Muybridge that would later influence The Matrix.

While the film is relatively well-told, it still suffers from a destructive contemporary film technique: The shaky-cam. Since the advent of DIY filmmaking, the cost of a tripod and/or a steadicam operator must be increasing drastically since hand-held camerawork is wreaking havoc on our visual balance. Along with quick cutting, especially during action sequences, The Hunger Gamesis joining a growing trend of chaotic cinema aloing with Christopher Nolan’s recent projects. These films are not giving the spectator a center to rely on. The 180-degree line is being broken often and without purpose. Sure, Katniss is in situations where she is unable to find a balance and is often confused. This does not mean the spectator has to be thrown around as well. In fast-past fight sequences, it is difficult to see who has killed whom.

The Hunger Games franchise is cleverly targeted towards the teenage female audience—just as the Twilight franchise was—to capitalize on this demographic with impulsive disposable income. Perhaps the political and social themes will become heavier in sequels. In the meantime, this film has real implications that obviously go over the head of the intended demographic, but could just as well embed a unique lesson through suture. The film is a welcomed franchise that has weight in this cultural climate.