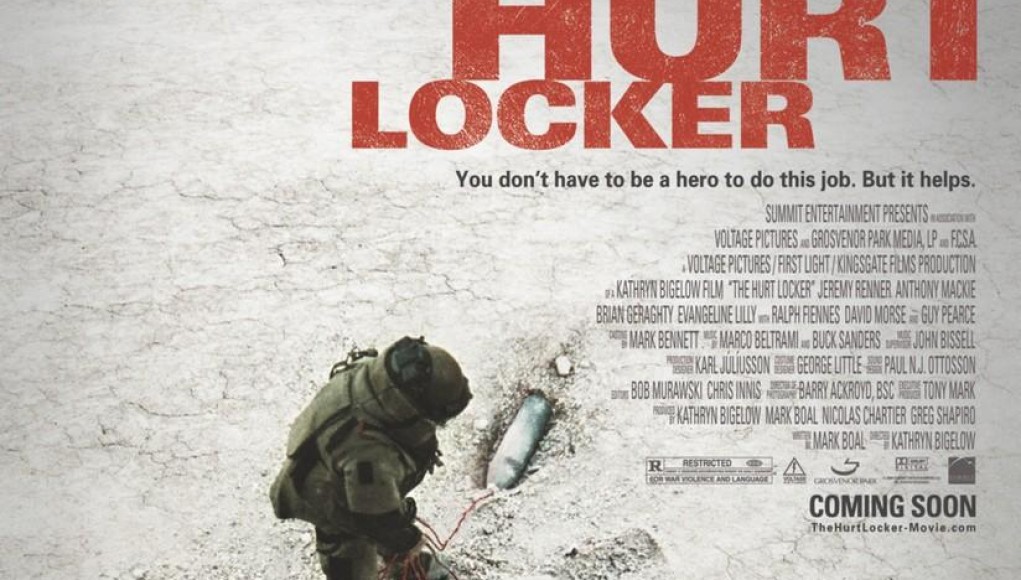 Suspense is still one of the most difficult elements to capture and express on screen. The Hurt Locker is a rare breed in the 21st Century. While the mostly unpopular Iraq War has netted a few films so far, The Hurt Locker offers a suspenseful look into the lives of the soldier, minus the political leanings.

Love it or hate it, the Iraq War happened, and is happening and the politics, lies, cover-ups, etc; have made the situation difficult for many. The Hurt Locker dives into the lives of soldiers of a bomb squad and their daily struggles with life and death. What makes this film stand out, is that instead of revealing a political agenda, it veers off to a new path. The story is told, and the struggles are revealed. This allowed director Kathryn Bigelow to focus on a little character development and control the suspense.

When, if ever, a bomb explodes is where Bigelow is able to latch on to the audience’s attention and never let go. Main character Sergeant First Class William James shows reckless style and confidence in his skills are always present while dismantling the bomb in scenes. However, Bigelow is able to get past the character’s talents to show the elements that surround each bomb disposal are an extension of the external struggle.

Changes in point-of-view happen quickly, often to provoke the paranoia and stress of the individual soldiers and Iraqi citizens. The handling of hand-held shots, tripod shots, and cut-a-ways are used to promote this stress and temperament. While the use of hand-held shares the adrenaline rush, longer takes are often held to show the smaller moments. Particularly, these longer cuts happened when in point-of-view of a telescope.

The Hurt Locker may very well be one of the most critically acclaimed film of 2009, and certainly has potential to win an Oscar nomination and be a serious contender for Best Picture.