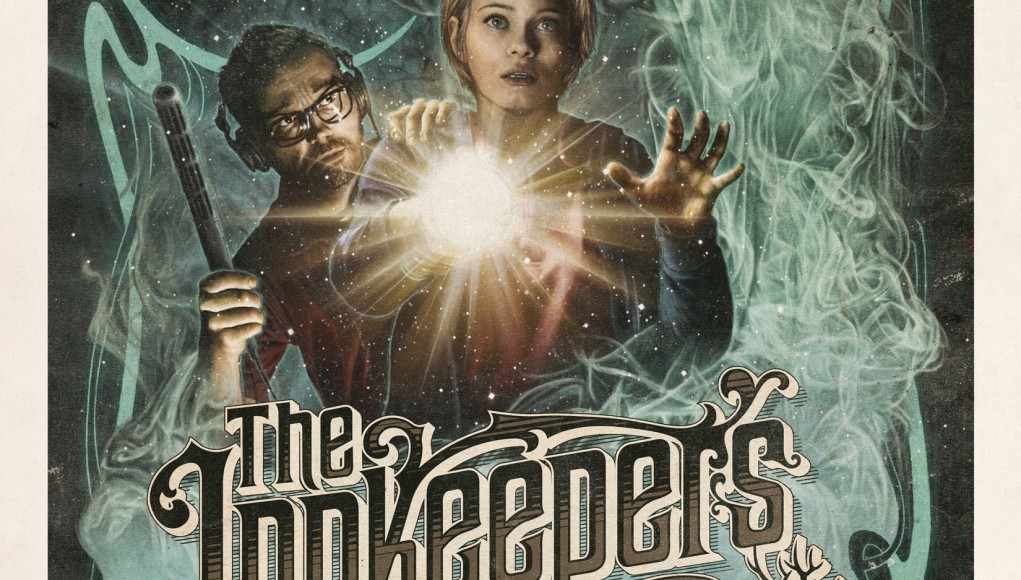 Using tropes of classic horror films, and even taking a few cues from The Shining, The Innkeepers is a incredibly familiar story with only a handful original twists and turns.

Hotel concierge Claire (Sara Paxton) and amateur ghost hunter Luke (Pat Healy) decide to work the very last weekend the Yankee Pedlar Inn is open. Luke believes that the hotel is haunted and is determined to obtain proof. Guests for the last weekend include actress-turned-healer Leanne (Kelly McGillis), an elderly gentleman who had his honeymoon at the inn dozens of years earlier, and a mother with her son who are separated from her husband. Claire, as a favor to Luke, has begun to record each of the rooms in hopes to capture something other than silence.

The Innkeepers is a straight-up horror movie that uses light-hearted humor to build a story with suspense. The film attempts to have to subvert some of the tropes of horror films, but instead, the film suffers from much of the same, just at a much slower pace. While the film does rely more on suspense and story building, the film falls into the same conventions as any other. Jump-inducing spooks that are just false alarms, a rumored haunting, and a possible romance are all present. How was this supposed to be different?

Director and writer Ti West’s previous film, The House of the Devil, was a throwback to the horror films of the 1970s and 1980s that were apparently ripped from the headlines. West has attempted—quasi-successfully—to create these humorous horror films that satisfy the most critical horror fanatics. The issue is that while these film do replicate the tropes well, the only thing that makes these films interesting is that they are using higher quality technology and enjoying lower-budgets. It is the same thing as making a silent film in 2011, when the conventions were created and employed eighty years earlier. Sure it looks better and incorporates the same story structure, it does not mean to plays any better.

Star Sara Paxton seems at ease in her role as Claire. She is charmingly goofy which bodes well for the film’s over style and theme. Surprisingly, the film includes a brief cameo from Lena Dunham as the barista at the coffeehouse next door. Dunham has slowly built a name for herself with her surprise independent masterpiece Tiny Furniture, and more recently, HBO’s Girls. Her inclusion is an in-joke since Tiny Furniture premiered and won Best Narrative Feature at South By Southwest in 2010, and The Innkeeperspremiered at SXSW in 2011. Healy is a relatively newcomer, but his role as a amateur ghost hunter is adequate, as is Kelly McGillis’ performance.

Despite my negative response to the film’s attempt to be a throwback to classic horror films of yesteryear, The Innkeepers does have a few impressive twists and moments of foreshadowing for a satisfying ending and denouement. In the end, the film is designed for horror aficionados and may play well to that demographic. However, the common viewer will find little to be impressed by.