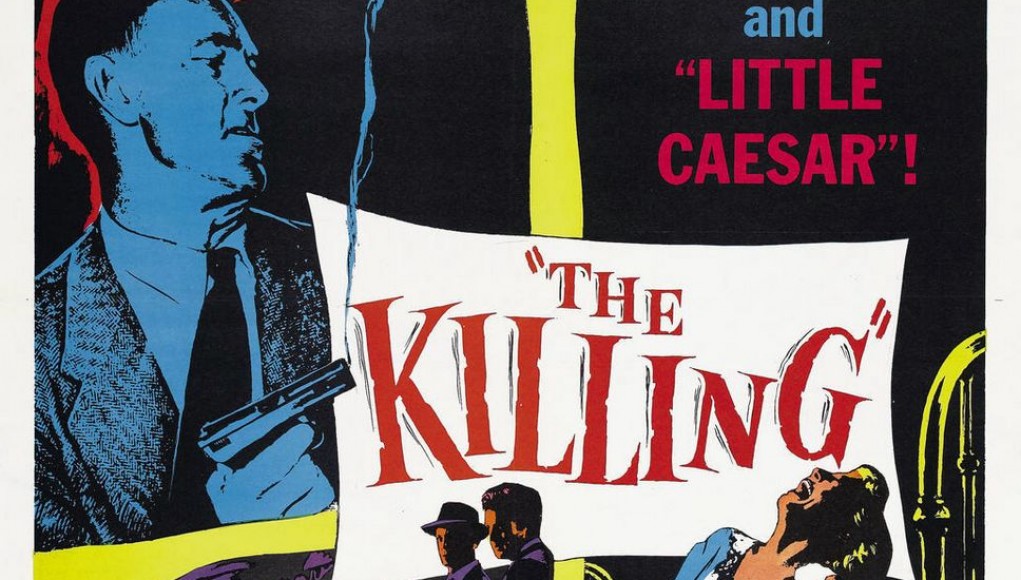 The Killing is Stanley Kubrick’s 1956 film noir about a diverse group of men who plan to steal two million dollars from a race-track. A bad case of loose-lips and betrayal spoils the gang’s plans and main character Johnny (Sterling Hayden) chooses to skip town with the money and his fiancee, Fay (Coleen Gray). The two watch the old suitcase fall from a luggage cart, open up and blowing the money away. Johnny makes a break for it but the is essentially cornered.

For a limited budget, The Killing is the work of a master-to-be. Kubrick offers beautifully painted frames that reveal the Kubrickian touch that makes this film a far more superior effort than typical noirs and thrillers of the time period. Character development is a key factor that is supported immensely by the film’s talent. It is this development that makes this noir such a compelling film.

The weakness of The Killing is that it is a victim of the current trends in filmmaking in the 1950s. Kubrick is a master ready to burst out, and his stifled by the limited budget and conventions during this time period.The narration and music are the most apparent weaknesses and would benefit greatly from quieter moments.

The narration specifically makes the film far more confusing despite its attempt to explain motivations between scenes. Kubrick appears to have learned from the voice-over narration, as his later films would be far more quiet. This is an attribute that he would later master.

The Killing only leaves the characters empty handed, not the audience. This noir-heist is a classic and is very much a major turning point in Kubrick’s career. After this film Stanley Kubrick would release films that are far less studio controlled and with larger budgets, beginning with the war film, Paths of Glory. No longer would his films be victims of popular trends as many of his later films are timeless.