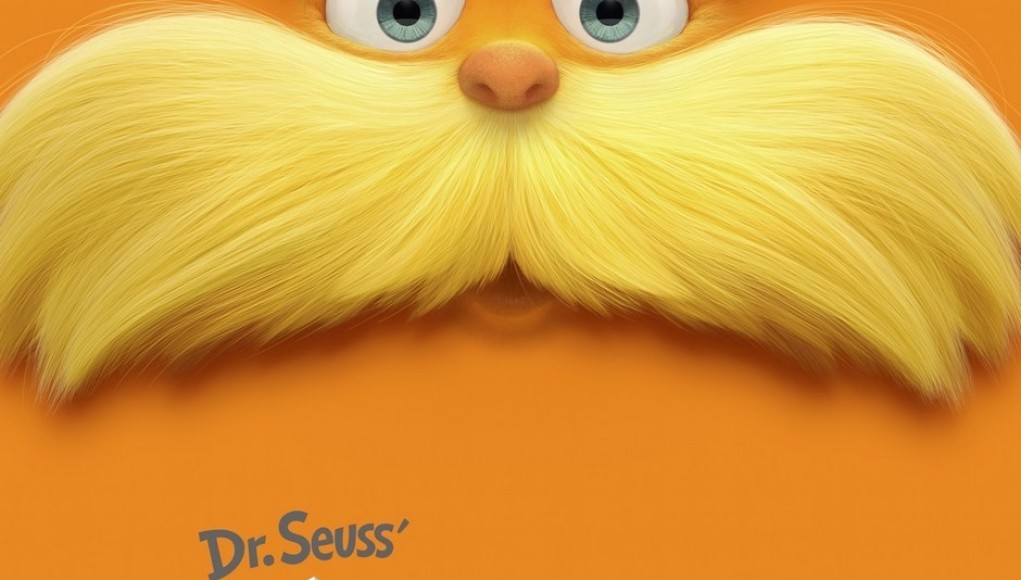 Each of the full-length Dr. Seuss films have been soft-landing failures critically and The Lorax continues that trend. This musical comedy extends the original text with uninspired musical numbers that are unable to deliver the children’s book author’s unique sensibility of education of language and eco-political issues.

After Ted (Zac Efron) learns of Audrey’s (Taylor Swift) dream to see a real tree, and he is sure that Audrey will become romantically interested in him if he makes that dream a reality. After a tip from his Grammy Norma (Betty White), Ted travels out of Thneedville to find the Once-ler (Ed Helms), a hermit who is responsible for the eradication of the trees. The Once-ler invented the Thneed which required the silky soft fibers from trees. Even with a warning from The Lorax (Danny DeVito), the Once-ler had put business interests ahead of preserving the lush forests, and in due time, all the trees were depleted. Aloysius O’Hare (Rob Riggle) is not only the mayor of Thneedville, but also the head honcho of O’Hare Air company which produces bottled air, a necessity for Thneedville’s modern society’s air, which had been severely polluted from Thneed production.

After a lovely overture sparks interest, the narrative takes rather stark turn. Nearly half the film is told in flashback with a few uninspired musical numbers thrown in to cover up inconsistencies in the plot. Once the narrative returns to the present-day Thneedville, even after suspending disbelief, each plot point is overly forced, just like the message of the film. It is a sorid attempt to replicate the quirky Seuss style.

The message of the film is clear; over-harvesting natural resources leads to a domino effect that produces pollution. In turn, this forces new businesses to produce short-term solutions that continue the cyclical nature of resource depletion, wastefulness, and pollution.

The politics in Dr. Seuss’s books are not so apparent, especially to young readers. Louis Menand’s “Cat People” explored the underlying Cold War narrative and that the quirky mischief of the Cat was merely a “distraction from the reality of separation and abandonment,” while the children await for their mother to return and take care of them. The Lorax filmmakers did bring a poltical invention not in the original text, the one compliment that I can provide. The O’Hare Air company had fascist-like control over Thneedville. From the moment Ted exits Thneedville and when he returns to educate and promote nature preservation, the company is constantly watching and waiting to intervene. It is a not-so apparent political jab that is over-shadowed by the ecological message.

This 2012 adaptation is egregiously hypocritical thanks to dozens of product tie-ins; a perverse message Universal is creating. If parents and children chose to see this one-dimensional film in the third dimension it becomes an ironic experience since the medium itself is relatively unnecessary and wasteful. Children and parents will easily forget the message of the film once they exit the theater and return to their lives. Months from now they will purchase the film on DVD or Blu-ray (some on digital), along with the dozens of plastic merchandise created by the Universal film machine. The Thneed that Once-ler invents is a all-in-one do-it-all thing. It is something that everyone wants but does not need. Douglas Adams had the towel, Seuss had the Thneed. Get the book, give it several looks. But indeed, The Lorax is a film that you should not see.