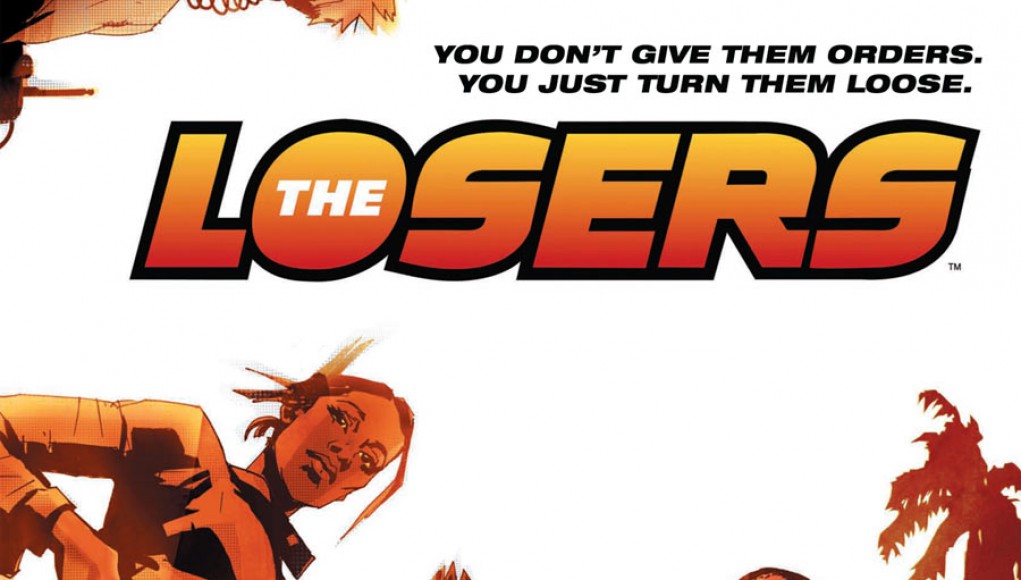 The Losers is essentially a typical action film adapted—typically—from a comic book of the same name. Just like most other modern comic book adaptations, the film is testosterone-driven with your typical explosions, sex, betrayal and quick edits to prevent the audience from having a moment to think for themselves, “why did I pay for this?”

Five CIA operatives rescue a group of children in Bolivia, only to watch the helicopter carrying the rescued blown up in a missile strike. The five tough guys have thrown their dog tags into the fire and wreckage, leaving the world to assume to have been killed. They are left stranded in Bolivia without money, identification or weapons, until they meet Aisha who leads the group to Max, the man who commissioned the missile strike.

Obvious plot-twists and typical betrayals appear to be the only way the plot of this film moves forward, making this film just another testosterone fueled romp with explosions and gunfire. It is my belief that this film was green-lighted simply to take advantage of the current trends of adapting comic books and graphic novels. Like most, has failed miserably.

Take away logic, solid story-writing and physics, and you still have a storyline that barely moves forward with the notion that plausibility was never factored into the original script. The unnecessary sex scene between main character Franklin Clay (Jeffrey Dean Morgan) and the femme fetale, Aisha al-Fadhil (Zoe Saldana) seems to be the most ridiculous factor in this script and appears to be the only way the rift between Clay and Roque even works.

There is truly no interest or sympathy for any of the characters in The Losers, especially the heroes. With no back-story you barely know the characters or care for their well-being. The only decent performance was that of Chris Evans as Jake Jensen, whose clever quips are well executed. Jason Patric who plays the villain, Max, and does so without talent. The fault of this falls upon by Patric and the character of Max, both of which are boring and uninspired.

If you love explosions, random sex that doesn’t add to the story, then The Losers is not a bad action film. This film will and should fall away from the theaters quickly, and should be hidden in the budget bin soon after. The Losers offers nothing new to American theaters which are already over-flooded with mindless action films and gimmicks.