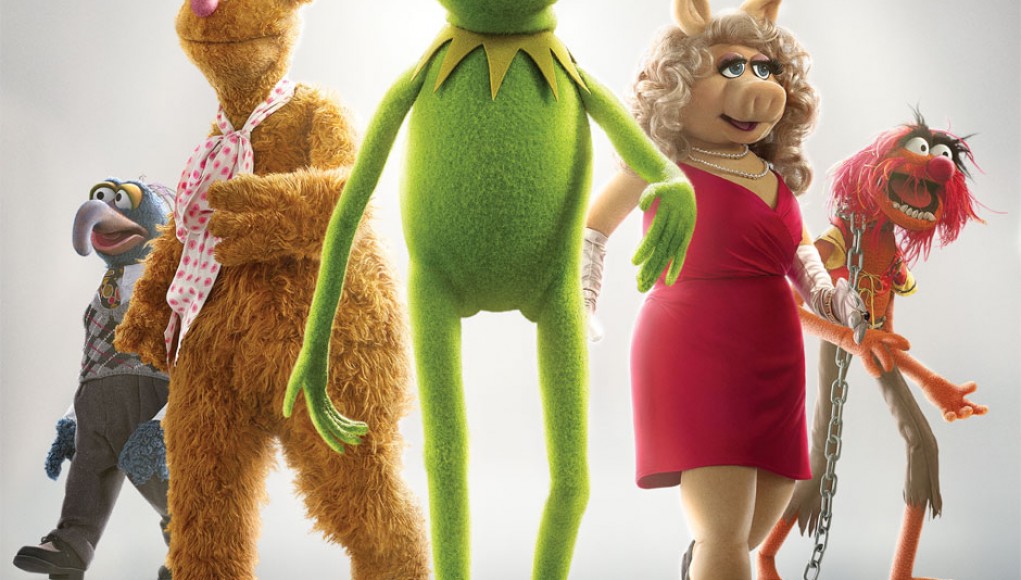 Franchise reboots today most often have egregious profit motives that reduce the films to a mere product. Then then are reboots that augment yesterday’s traditions and focus on what the product is about. The Muppets falls into the second category and returns for a self-aware reboot that looks to the past and points to the future of the beloved franchise. Written by Jason Segel (who also stars) and Nicholas Stoller, The Muppets offers both long-time and new fans a chance to reconnect with an American classic that typically makes its way back to the silver screen every-so-often. It also does not hurt that the film is well produced and is a fantastic musical to boot.

Walter is a muppet who is unable to acknowledge his own muppet ancestry and inadvertently discovers The Muppets and becomes their biggest fan. Along with his brother, Gary (Jason Segel) and Gary’s girlfriend, Mary (Amy Adams), the three take a pilgrimage to The Muppet studio for a tour. Walter eavesdrops on a conversation where Tex Richman (Chris Cooper) plans to exploit a loophole in The Muppets’ contract, allowing him to take advantage of an oil reserve beneath the studio.

The Muppets is not ashamed at recasting previous plots to present a fun movie. The gang reunites, and with the help of Veronica (Rashida Jones), the Muppets host a telethon in order to collect enough money to save the famous theater. This plot is second only to reuniting The Muppets around a contemporary atmosphere of the most famous stars and talents of our day. Regardless, this is what The Muppets are about.

As a musical, The Muppets does not suffer from returning to the classic staples such as “Rainbow Connection” and others, some of which have become phenomenons over the years. We are also introduced to a handful of new songs and dance numbers, along with duets featuring contemporary stars and our favorite muppets. Furthermore, the film, like all Muppet films before, make use of cover songs, and this new release does so with aplomb.

The film is, again, not ashamed to be blatant in its attempt to comment on the state of corporate culture. The attempt for a wealthy individual to raze a historical landmark for the sake of exploiting an oil reserve is a common theme in contemporary film fare. The Muppets merely use the stakes to give the film its red herring and to move the plot along. The film makes use of cliches and tropes that are not at all overbearing because the film takes them to new levels, augmenting the both the story and the franchise. The quintessential Muppet movie plot of starting the show from scratch or saving the show from oblivion teams up with a rather recent phenomenon, crowdfudning. While National Public Radio and the Public Broadcasting Service have relied on this model for years, today, thanks to the internet, we are starting to see bedroom guitar gods and basement filmmakers pleading for nickels and dimes directly from consumers to complete their dreams, rather than plead on their knees to executives. The Muppets portrays this new funding phenomenon and uses it as a way to get the show back in the hands in which it belongs.

I was lucky enough to see the World Premiere of this film at the annual secret screening at the 2011 Savannah Film Festival. The previous year it was The Conspirator which was filmed in the historic city. Previous years were also not nearly as light-hearted as The Muppets. Yet, I saw several patrons leave the theater when the film’s title sequence appeared. My assumption is that they were disappointed that they were not going to see a film with social realist tendencies. The Muppets are and have always been about fun; packaging our American culture together and then joining in on making fun of it, all-the-while making it accessible to both children and adults. Granted, this new reboot may lean more heavily towards adult-oriented humor, the film continues a tradition that is light-hearted, care-free, and most of all, fun.

The film is preceded by the Pixar short Small Fry, featuring characters from Toy Story.