Home Movie Reviews The Perks of Being a Wallflower 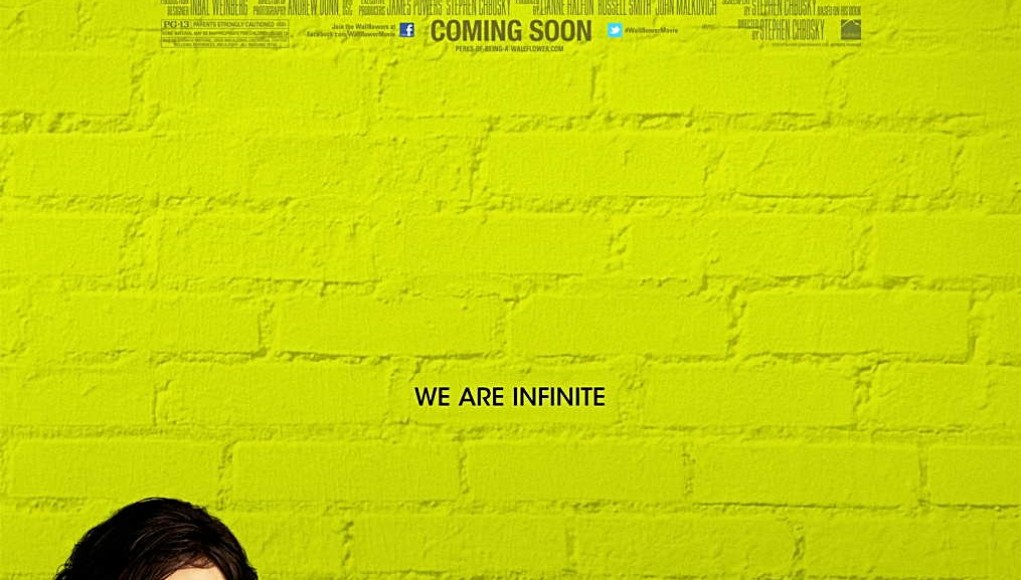 High school can be a desolate time for teenagers, and the yearning to find acceptance is a shared experience and tendency faced by all. The Perks of Being a Wallflower chronicles one freshman’s experience with being included in a strong clique. While presenting grander themes, the approach attempts to present thoughts and ideas as if this was the first generation to experience them.

Charlie (Logan Lerman) begins his freshman year alone after his best friend committed suicide and continues to grieve over his aunt’s death. He slowly wiggles his way into the tight clique of a diverse set of senior students who take to Charlie because of his  innate understanding of the wisdom within inexperience. Among them are Patrick (Ezra Miller), a gay male who is also in a shop class with Charlie, and Patrick’s slightly younger step sister, Sam (Emma Watson), whom Charlie has developed a crush for.

Charlie ponders how others tend to remain in abusive relationships. Patrick has secretly been seeing the star player of the football team, Sam is seeing an older college student who is absent from most of the story, and Charlie’s sister is also in an abusive relationship, although from the looks of her boyfriend, one would never know it. Charlie’s group of friends are primarily outcasts, however Charlie himself sort of an outcast within the group. Charlie’s English teacher, Mr. Anderson (Paul Rudd), sets the tone of this theme in the line: “We accept the love that we think we deserve.” A perfect explanation for Charlie’s pontifications of abusive relationships.

Even though Charlie has found a group that includes him, he truly is a wallflower on the outside looking in. He is an intense reader who yearns to be a writer, and having this introspective tendency with his social environment supports his brooding writerly sense. His musings over the abusive relationships around him support this. Charlie is also susceptible to episodes where he passes out, probably from anxiety.

Perks of Being a Wallflower is set in the 1990s, but the film refuses to push this pretense. Instead, we see mixed tapes passed around, an abundance of alternative rock, and an absence of cellphones. Yet, the characters act with pretension as if they existed today; they tend to be the pre-hipster. Even Mary (Mae Whitman), who is a Buddhist and a vegan, proclaims the superiority of vinyl, and is giddy when standing in line to her first foreign film. This does create a timelessness that can help this film cross generations.

The film innately has a sense of authenticity as Steven Chbosky, who wrote the celebrated novel, serves as director. Whether you have read the novel or not, there is something obviously missing from this adaptation as the film tends to focus more on Charlie’s inclusion into this outcasted group of high school seniors. Although there is an wealth of pop culture references, they are missing from the grander themes. Lovers of the novel will, of course, argue about the adaptation’s obviously missing elements, but prose and cinema, although sharing many similarities, have specific fundamentals that do not mix well. However, a good adaptation is able to maintain the overall themes during the change over from novel to film, and Chbosky seems to have at least done that.

The trailers for Perks of Being a Wallflower present the film as a story of high school students living the whoa-is-me faux dejection. Surprisingly, the film is nothing like the trailer, where transcendent moments are packaged together to create an existential artifice. Although that is certainly an aspect, the introspective nature of the film melds the mediocrity of being pretentious while navigating the gauntlet of high school social spheres.

There is one scene where Patrick receives a C- for a poorly designed clock that he built for shop class, and he revels in being below average. Yet, the film tends to work tirelessly to portray these characters as transcendent beings with meek social standings. However Charlie is portrayed as a tortured soul who has an unconventional way of seeing his environment; a delicate wallflower indeed. No one wants to be marginalized, but the characters and the plot of this film are indeed merely average, although the film it itself is just a tad above average. Every generation thinks they invented sex and even with some lovely moments, Perks of Being a Wallflower works too hard to present issues and transcendent themes in adolescence as if they never had existed before and will never exist elsewhere. 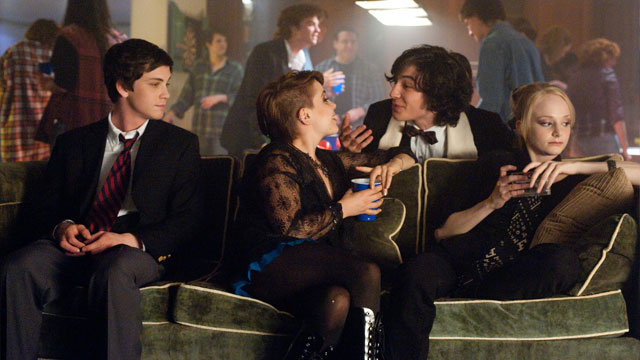