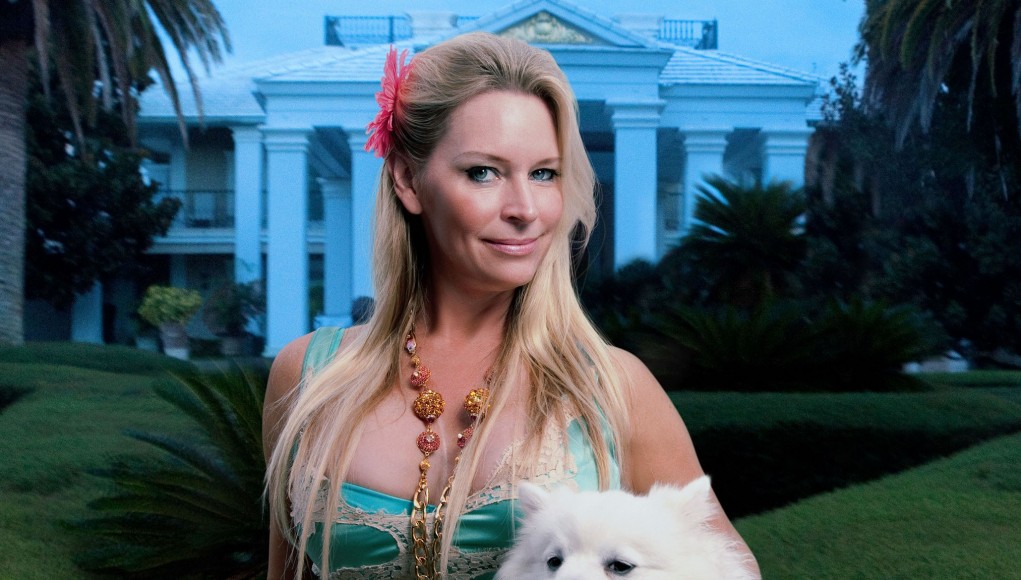 America’s largest home stands vacant and far from completed, and has been this way for several years. The family building it was once on top of the world, even though they were far removed from its reality. The Queen of Versailles chronicles the tragic fall of the Siegels, whose story is representative of the American dream under the recession, even if their fall from grace was exponentially farther than most.

Jackie and David Siegel were in the middle of building the largest home in America, 90,000 square feet to be exact, and modeled off of Versailles. With several children, pets, and housekeepers and nannies, the Siegel’s current mansion was bursting at the seams. David had built Westgate Resorts into the largest timeshare company in the world and money was liquid, as was the champagne. His business was simple, get moochers into a timeshare presentation, and get them to purchase a timeshare and a fabricated slice of the American Dream vacation. From top to bottom, credit and cheap, easy money was available, until, as we all know, it all came crumbling down.

David built his timeshare empire on a simple business model of predatory coercion. Build gorgeous resorts that are beyond the quality of a luxury hotel, bring in moochers to take advantage of a special gifts, and compel them into purchasing something, anything. David’s son from his first marriage is a major player in the company, and in a sales meeting he encourages his sales people to sell timeshares as a life saver, citing reports that vacations reduce heart attacks. Just like David, these customers were putting their homes, timeshares, and other material items on cheap credit; never truly meant to be paid off. They just wanted to feel like they too were experiencing the same America as everyone else. Their homes were not places to raise children; they were an asset that could be mortgaged to purchase more assets or investments.

The Siegel’s Versailles is more like Charles Foster Kane’s Xanadu and their story is more like The Great Gatsby than King Louis’ Versailles. Full-size basketball courts, separate wings with a full-size stage for the children, and closets the size of a starter home. The Siegel’s own pleasure palace, a mansion to end all mansions remains unfinished, standing as desolate and empty from 2008 to the present. They are forced to either pay off the mortgage or sell the unfinished home for less than its value to stave off the banks.

David never worries about money at the beginning of the film. He built Versailles because he could; although Jackie’s unfettered buying sprees required the additional room. The home they currently inhabit still required nearly a dozen nannies and housekeepers. The David began to downsize Westgate Resorts by laying off thousands upon thousands of employees, and the Siegels finally had to downsize their own housekeeping staff. The effect was the representation of David, Jackie, and their children’s distance from reality. Dog feces piled up on the floor, kitchens were not cleaned, and a poor lizard was starved to death. This family developed a habit of relying on others and relying on money, and it was a habit that appears difficult for them to break.

As the film progresses and the financial issues mount on top of each other, David becomes increasingly depressed. The man who once said he built Versailles because he could would isolate himself to his own personal den, sitting in his arm chair, surrounded by papers to figure out how he can save his once great empire. One scene towards the end has David despondent that all the house’s lights were on and the front door was left wide open. To him, they are ungrateful for what they have, yet he is essentially relaying the lesson he had learned himself within the past several years. David became the sucker just like the people he sold timeshares to, and thus, the Seigels became a figure for the greed that beget economic tragedy.

Perhaps it is sadistic finding joy in a family’s tragic fall from wealth, but the joys are innate, and the humor comes directly from the family’s behavior and aristocratic lifestyle. Jackie is certainly not a stupid woman. Before she became model and found success in beauty pageants, she was a computer engineer when females rarely entered in that position. Yet, she was continually distanced from the realities outside the Siegel’s Xanadu, and the curtains were finally pulled back to reveal how her decadent lifestyle was merely hiding the ugly truth of reality. The most exemplary scene involves Jackie, who is accustomed to having a personal driver, renting a car from Hertz and asking the name of her driver. Even worse, she complains that the government bailed out the large banks, the same ones that were threatening her husband’s business, and not helping common people like her.

Watching a filthy rich family fall into their own filth is schadenfreude. They are the representations of the broken dreams that have spread across the country, except they are still in much better positions than others. Despite what appears to be a family willing to reveal their tragic story to a filmmaker, the David Siegel filed a defamation suit against director Lauren Greenfield on behalf of his company, complaining that the film’s publicity “incorrectly” described Westgate Resorts as “collapsing”. Only the future can tell us whether the company is collapsing or is merely balancing on a high wire. In the meantime, The Queen of Versailles is a sad but true, funny but tragic tale of the excessive greed and distance the wealthy have from the proletariat. It is as if the cult television comedy Arrested Development came to life. Yet, the delusion continues as Jackie proclaims that her children will have to settle for going to college rather than living off their trust funds and their rich father. 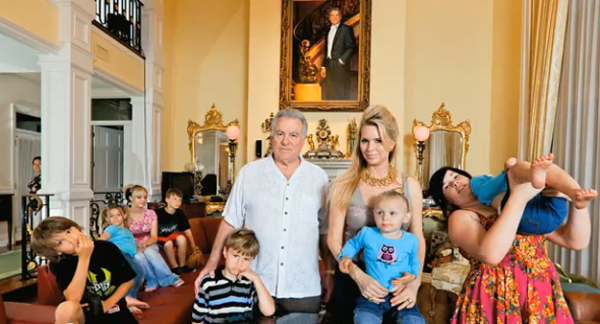