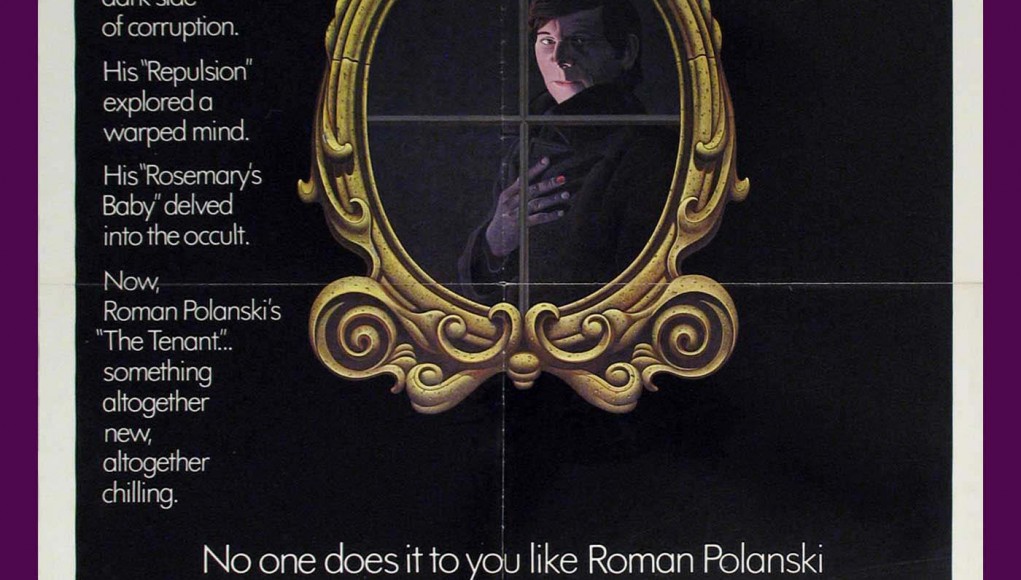 One of Polanski’s most ominous films, The Tenant completes the filmmaker’s “Apartment Trilogy”. Polanski also stars and plays a Trelkovsky, who moves into an apartment where the previous tenant jumped out of the window. As he begins to get situated in his apartment, the other tenants are already complaining about him being too loud at night. Across from the apartment is the only toilet in the building, where Trelkovsky often finds another being staring back, motionless.

Each footstep, or rattling of furniture provokes some negative response from his neighbors. Either in return or naturally, Trelkovsky slowly dives into madness. Finding a human tooth hidden in the wall, begins dressing like the previous female tenant, and Egyptian hieroglyphs.

Perhaps Polanski’s Apartment Trilogy offers a commentary on how the behavior of others affects certain characters. In Repulsion the main character is a shy, sexually repressed young woman who slowly becomes mad as she left alone in her apartment for a weekend. Rosemary’s Baby involves Rosemary having the idea that her husband and other tenants have made a deal with the devil to have his child, and in turn she is driven mad.

Repression and alienation is a common theme in Polanski’s films, particularly the Apartment Trilogy. Through the spiral into madness, these characters gain the label of an unreliable narrator, just like a psychologically afflicted person would be. For The Tenant, this unreliability is what makes this film continue to spark debate on who is truly mad.

The typical Polanski signatures are present and the production value have a strong foundation, save for the ridiculous over-dubs of the French actors and actresses. The Tenant will continue to be one of Polanski’s lesser known films, however the theme, style, and controversies will remain concerning this film.