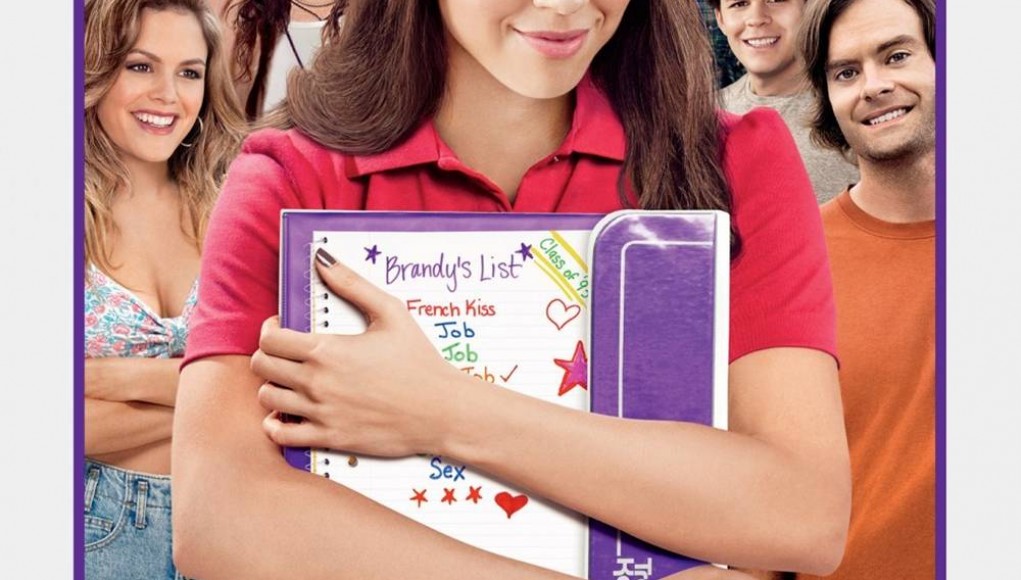 Humanity’s complex societies have made our species rather ignorant of our individual sexual maturation. Sex has become both awkwardly depressing and comedic as we navigate the literal and figurative ins and outs. The To Do List depicts one young woman’s goal to experience the whole roster of sexual activities the summer just before her freshman year at college.

Brandy Klark (Aubrey Plaza) has graduated valedictorian of her high school class, and is just a summer away from her dream college. Her studious discipline has kept her from enjoying the one thing she did not know anything about: sex and relationships. Her two friends Fiona (Alia Shawkat) and Wendy (Sara Steele) twist her arm to get her to go to an unsupervised house party where she meets Rusty Waters (Scott Porter), a guitar playing dreamboat. The inebriated Brandy rests in a dark bedroom until Rusty enters, mistaking Brandy for another female; that is, until Brandy’s body language suggests that she is not only sexually inexperienced, but also that she is not who Rusty is looking for. With guidance from her friends and her highly experienced, but engaged older sister Amber (Rachel Bilson), Brandy re-prioritizes the summer from a list of academic preparations to a list of sexual goals while working as a life guard at a community pool.

The To Do List explores that complicated line between sex as a status of sophistication and promiscuity, but no less a rite that everyone experiences. Brandy immediately recognizes that her inexperience is an unattractive aspect, and that enticing a mate is complicated. She uses the same discipline in studying for tests to cross off her desired sexual experiences, such as crafting a list of over thirty different sexual activities, and her naïve approach to learning about sex in one summer is rather charming through the eyes of a late bloomer.

The film takes place in the mid-1990s as Grunge rock and trapper keepers are the rage, and perhaps this setting is an indication that the fixation of the 1980s in culture is beginning to shift—finally. Her sexual inexperience is not merely a product of her choice to succeed academically, but is nothing out of the ordinary within the context of the film’s target audience—a technologically confident generation brought up with a plethora of pornographic choices at their fingertips. This setting is just a few years shy of the mass migration to the internet via inexpensive desktop computers and 56k modems. Brandy’s bumbling sexual (mis)adventures depict her as a rube, as gawking Millennials are much more knowledgeable of slang terms such as the “pearl necklace,” a term that Brandy thinks sounds elegant.

Aubrey Plaza is mostly known for her role in Parks and Recreation as a quirky but cynical slacker working in the bureaucratic department of a small, but proud Indiana town. She has retained this style in Safety Not Guaranteed and Mystery Team, but in The To Do List, she sidesteps this pessimistic typecast and opens up, revealing refreshing look at this blossoming talent. What has made Plaza such a cherished performer is that her roles, particularly in Parks, have captured the cynicism and acceptance of the awkward and quirky. Here, her character accepts her ignorance and wants to be recognized as attractive and sexually available.

The film also includes several performances from today’s popular and cult comedy stars. Bill Hader is the pool manager, while Donald Glover, Christopher Mintz-Plasse, and Johnny Simmons offer a male’s perspective of Brandy’s sexual coming-of-age. Andy Samberg, Jack McBrayer, and most of the Derrick Comedy gang (of Mystery Team ame) gang make remarkable cameos. Perhaps the ensemble cast of contemporary and cult comedy stars was dedicated to the task of portraying the clumsiness that nerds, geeks, and overachievers have at seemingly natural tendencies.

Writer and Director Maggie Carey, wife of co-star Bill Hader, has presented a story that has been told before, but not usually in this form of honesty, which is both charming and sincere. What is endearing about The To Do List is that it does not tread in raunchiness—although it does have its share. Instead it presents itself as a lighthearted romp through the eyes of a smart, intelligent female who is ready to field study the only topic that teenagers are not subjected to through a series of exams.