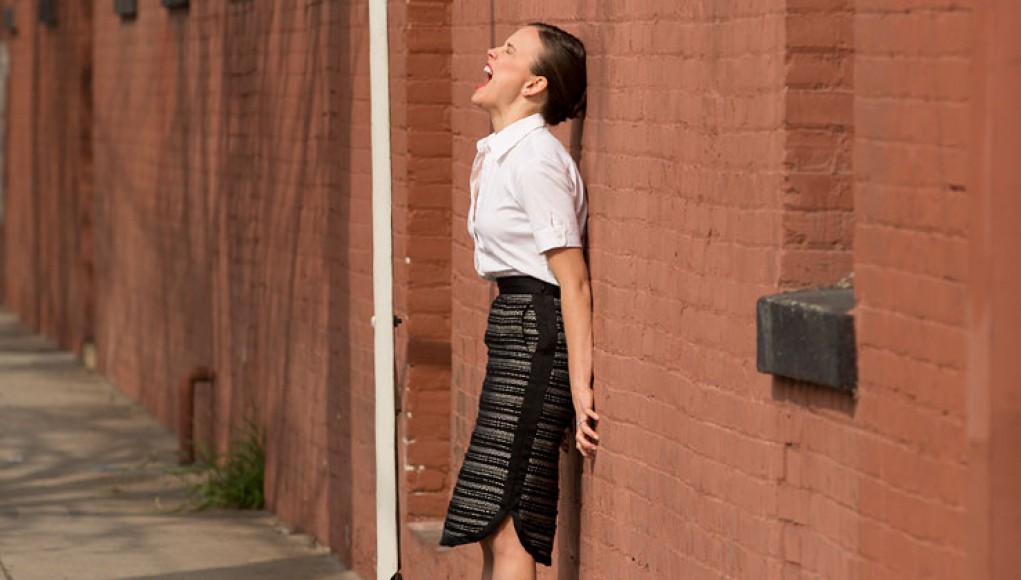 Life must be rough when you have the chance to run away from the hectic, heartless city life to the quiet vistas of Woodstock, NY. Audiences have the opportunity to join in the disparity in There’s Always Woodstock, where we witness the main character struggling to find herself in this feature-length debut from writer and director Rita Merson.

Aspiring but dormant folk singer/songwriter Catherine Brown (Allison Miller) has lost her job at the mega-hit music factory London Records in Manhattan. When she finds her actor boyfriend with another woman in the shower, Catherine escapes to her family home in Woodstock, NY. When a long night of drinking and sloppy karaoke singing comes to a close, club owner and town doctor Noah (James Wolk) helps Catherine find her lost earring and keeps her from succumbing to alcohol poisoning. It just so happens that Emily (Rumer Willis), who was the bar tender from Noah’s bar is also a barista during the day at a café that just happens to employs Lee Ann (Katey Segal), a singer/songwriter who worked with Catherine’s parents in the past.

There’s Always Woodstock is a contrived, light weight romantic comedy that is faintly charming at select moments. The predictable and cliché plot is characteristic of the type of film that finds its way to 2 AM Hallmark Channel showings, or even the very bottom of the DVD bin of at a dollar store. The real offense is that this film made its world premiere at the 8th Annual Gasparilla International Film Festival, Tampa’s premiere film festival, where the film also opened the festival.

The film’s woe-is-me-self-centrism of a financially stable person running off to a simpler locale to write some pretty songs because she does not want to sell out—is as white bread as it gets. It must be tough having a beautiful home to escape to in Woodstock when city life becomes too overwhelming. It only takes a weekend to deep clean and furnish Catherine’s home, and the lawn was magically trimmed even though the house had been unused for decades. Throw in some artificial external conflicts such as mistaken infidelity and having to choose between either signing for a soulless mainstream hit factory—the same one that fired her in the first place—and a niche indie label is surely a difficult decision when Catherine has already mentioned she does not want to sell out.

That is the plot and premise of There’s Always Woodstock. The convenience and superficiality of the film works endlessly to make Catherine’s character feel as if she’s a down-and-out loser with the world shitting on her shoulders.

The songs in the film, and particularly the songs that Catherine sings, are generic and forgettable folk ditties with lyrical content as deep as your average bubble gum pop hit. But wasn’t that what Catherine was raging against this whole time? The soulless music at her old job? Perhaps it’s different because it comes from Catherine’s heart and is not auto-generated or auto-tuned. Auto-generated might as well be the best way to describe the amateur acting, particularly by the males who produce some hammy performances that have the film teetering on the edge of camp–and not the fun type.

There’s Always Woodstock features nothing more than a B-movie plot with above average production value. Yet even the production value falls away at certain moments. Fleeting moments of fast-paced editing fail to cover basic eye-line matching rules that just tears apart scenes already struggling to stay together. The purposeless conflict, the eye-rolling happenstance, and the WASPy self-centrism is enough to veer anyone away from this pointless exercise in trying to portray first-class problems.