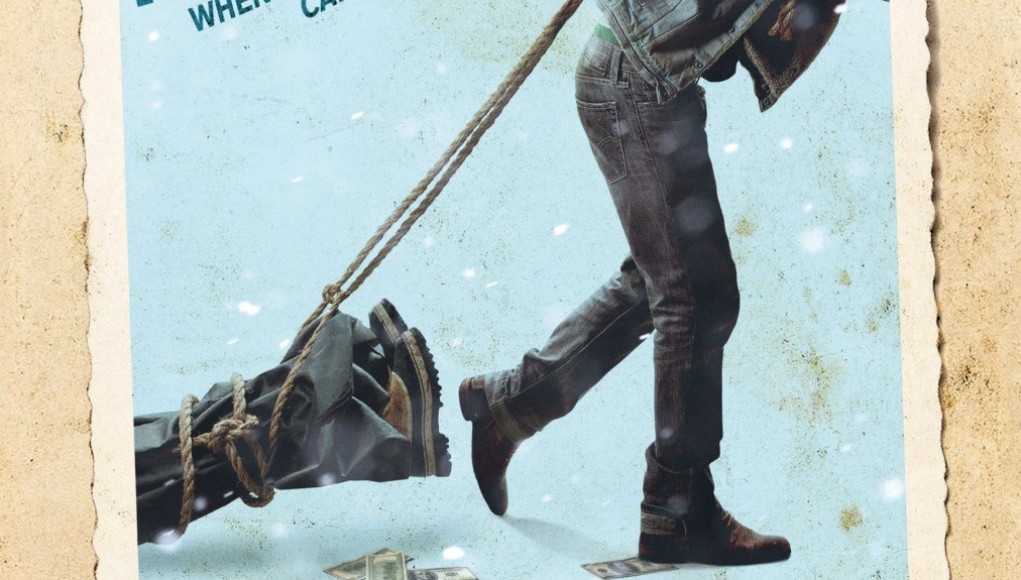 Selling peace of mind comes easy to some, but obtaining it naturally is difficult. Thin Ice (formerly The Convincer) explores how a cocksure insurance salesman, with a fail-safe strategy to convince anyone to purchase insurance policies, can become a victim of his own inadvertent misfortunes. This satirical comedy takes a man—who typically has control over most situations—and drops him into a conflict he cannot seem to find a way out.

Sly-talking insurance salesman Mickey Prohaska (Greg Kinnear) is given a new lead on an insurance policy from his new hire, Bob Egan (David Harbour). Mickey has been kicked out of his house by his wife and has been living in a hotel for quite some time, and his insurance business has seen better days. After Mickey finds that his new elderly client Gorvy Hauer (Alan Arkin) has been offered a large amount of money for a rare violin, Mickey attempts to steal it in a botched operation that spirals out of control long before Mickey is rewarded.

What better place to examine the shortcomings of the insurance industry and its practitioners than in the dead of winter? Thin Ice examines how even the quick-lipped affiliates of larger corporations are just as easily conned as they can swindle their prospective clients into purchasing sometimes unnecessary insurance policies. Even if you do hide a body under the thick ice and snow, Spring will reveal its ugly head. The meaning and fable-like lesson of the film is very clever and easily recognizable. The few chuckles the film provokes are typically ironic situations, such as Arkin’s character banging the rare and expensive violin around, and even letting his dog carry it in its mouth like a stick.

Thin Ice begins with excellent internal and external conflicts for Mickey, enough to keep the film at an even pace. The film increases speed exponentially as Mickey’s situation worsens and the ironic nature reveals its head. The plot and Mickey’s crisis spins further and further out of control, but when the truth is revealed, it is told to us as if the film had ran out of time, rather than revealing the implausible conspiracy naturally.

The insurance industry, no matter the specification, is both a blessing and a curse. While you may not be able to put price on peace of mind, obtaining reimbursement for theft or damage is can be difficult. Michael Moore’s Sicko exposed the egregious routes health insurance companies will take in order to reduce or skirt payouts when policy holders needed them the most. Yes, insurance fraud is widespread, and Thin Ice shows the length some will go in order to enjoy a massive payout, often times the blame is placed directly on to the insurance affiliate.

The actors are the really the only enjoyable element to this film. From Kinnear’s ability to express the panic involved in his quick reversal of fortune, Billy Crudup’s portrayal of a security system installer who has a penchant for covering up murders, and even Alan Arkin’s forgetfulness and sincerity as an older gentleman; it is the on-screen talents who are the shining stars in this satirical look at the corruption of a Babbit insurance salesperson. Bob Balaban who plays the violin repairman and dealer, returning to his type-cast as a meek intellectual which he developed from his stints with the Christopher Guest satires and mockumentaries. Indeed, Thin Ice is a fun and clever film that shoves the insurance salesman’s insecurities into his face and watching him fail at all attempts to catch his fall. Although the film never lands any spectacular comedic blows and develops a messy third act, Thin Icemay resonate with audiences who have had their own battles and victories with insurance agencies.