Home Movie Reviews This is 40 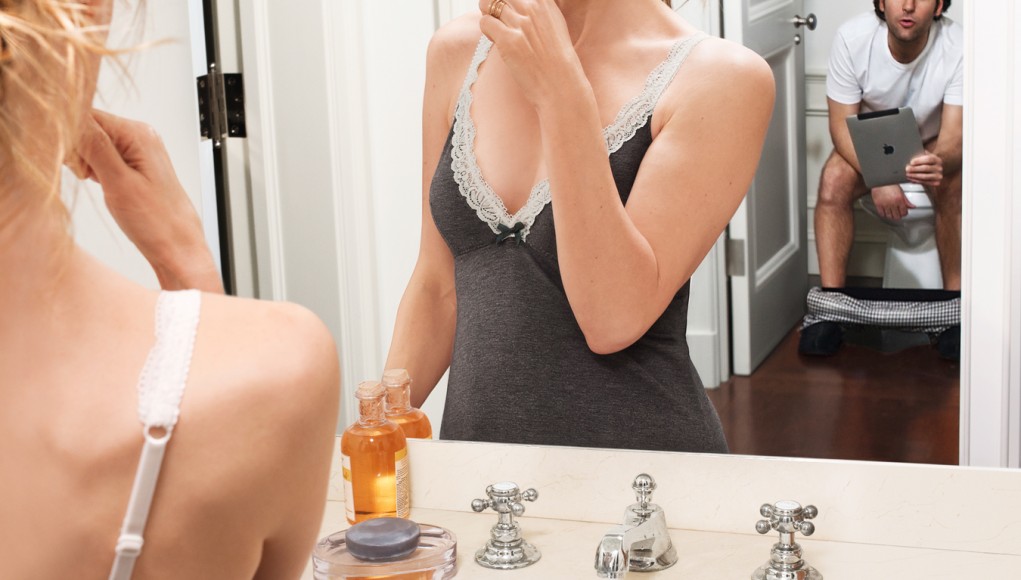 Judd Apatow’s influence on Millennial culture is much more broad than most would care to recognize. Generations tend to admire the previous generation; i.e. the Silents defined the counter-culture of the Boomer generation. This is 40 may be a tough sell for those who have not yet had children or experienced the stress of entrepreneurship. Like any Apatow film, the film is raunchy, but in an introspective fashion that is endearing, and packaged in an accessible form.

Debbie (Leslie Mann) and Pete (Paul Rudd) have their 40th birthdays right around the corner from each other. Leslie rejects her age and even flat-out lies about it, while Pete barely considers the number as a definition of his current existence. Leslie’s clothing store is also missing over $10,000 and thinks that her prodigal employee, Desi (Megan Fox), is the culprit. Pete on the other hand is struggling to make his own independent record label solvent by hoping for break-through record sales after signing rock icon Graham Parker. Their changing bodies, financial turmoil, relationships with their fathers, even their children’s changing personalities are making their first week a trying time after hitting turning forty.

Debbie and Pete have polar outlooks on art and well-being. Debbie, along with her daughters, favors easily consumable pop culture and embraces Eastern medicine. On the other hand, Pete believes in the meaning and texture of art, but retains the ease of Western medicine. However, Pete’s interest in giving a rock icon a second act on his fledgling record label represents Pete’s chance to support the sincere music that shaped his teenage and college years.

This binary opposition appears to represent the old art v.s. commerce debate, but it really embodies the popular culture v.s. quality art. The late film critic Manny Farber wrote in his manifesto, “White Elephant Art v.s. Termite Art,” that termite art–media produed in simple, sometimes brash ways with an artless goal in mind–is more beneficial to culture than overt elephant art. Debbie and the girls enjoy the poppy and danceable music where Pete yearns to produce a record by a venerable and iconic musician and make a living doing it.

This is 40 is deliberately somewhere in-between termite art and elephant art. Apatow, whose raunchy repertoire (Knocked Up, The 40 Year Old Virgin) have fused the director’s mid-life career with this film and his previous film, Funny People. Apatow has embraced the testosterone-infused extended adolescence of current trends in male existence and offers an introspective and redemptive understanding on the imperfection of being human, and being human while raising children.

This is 40 is a family affair and a professional one. Apatow has his wife, Leslie Mann, and his two daughters, Maude and Iris, performing as Rudd’s family in the film. The role of family is central as Debbie and Pete struggle to discipline their children, although they were actually doing a rather superlative job in the first place. They also struggle with their own parents; Debbie’s father (John Lithgow) has re-entered her life, and Pete’s father (Albert Brooks) has a spending addiction that tests the family’s finances.

In the entertainment industry, contemporaries and co-workers become family. Many of the talents that Apatow has worked with or even brought to the national stage have secondary roles and cameos. Lena Dunham, Chris O’Dowd, Albert Brooks, Rob Smigel are among the many. Additional cameos from Billy Joe Armstrong and Jason Segel round out the family affair that Apatow has portrayed, very much in similarity of Funny People.

Rarely do comedies such as This is 40 surpass the two-hour mark, but the film does so with an affable rhythm and pacing, properly touching upon all the themes, struggles, and covering each role with an appropriate cast. We get a comprehensive understanding of Debbie and Pete’s stress from their immediate and extended families, friends, and co-workers. The film is promoted as a quasi-sequel to Knocked Up, where the characters of Debbie and Pete appear as a troubled secondary characters in Apatow’s 2007 film, but their current status is the next step in parenthood after having children; getting older. Just a tad less crude than his previous films, but much more introspective, This is 40 may be best for audiences who have entered this phase of life, but it could also be rejected by the same demographic as being too close to home.