Home Movie Reviews This is Where We Live 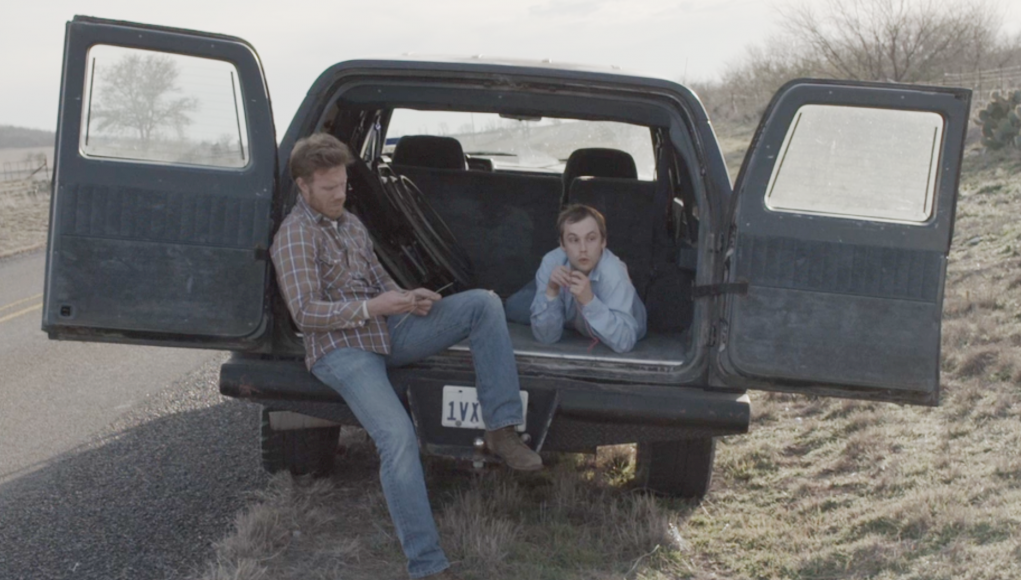 Diane Sutton (CK McFarland) is warned by her physician about her own deteriorating health and to reduce her daily tasks of caring for her son August (Tobias Segal) who has cerebral palsy and her husband Bob (Ron Hayden) who is in the early stages of Alzheimer’s Disease. Furthermore, her daughter Lainey (Frankie Shaw) has removed herself from the family in terms of care giving, tending to load around. After Diane is impressed with Noah’s (Marc Menchaca) carpentry and his attention to August, she hires him to care for August while she works a low-paying job at the supermarket.

This is Where We Live depicts the dichotomy that exists in the Sutton family, where humor is found among seemingly humorless situations and the existential suffering that arises from the surrounding illness and disorder. The Sutton family is counting their pennies: Diane has a brief conversation regarding Bob’s financial assistance and she insists that Noah’s payment for building a ramp include free dinner.

The film uses hand-held cinematography to capture the relentless struggle to care for August’s every need, from eating, moving, and even showering, but also the tight quarters of the Sutton’s humble home in the Texan country. Noah’s apprehension with the most awkward tasks such as showering August is revealed in a scene where the two are aware of the necessary but awkward moment, but end up sharing a delightful laugh together. The bond that grows between them begins to irk Diane, a doting mother. Yet, she is the core of the family, sole breadwinner, and caretaker. This micromanagement is also due to Lainely’s indifference to her brother and father’s conditions. Perhaps this would much easier if everyone lent their share of the weight, but Lainey is unhelpful, resorting to promiscuity around town, marijuana in the day, and alcohol at night.

This is Where We Live emits a sense that it will fall into predictability, where Lainey and Noah will become reluctant lovers against a backdrop of unconditional love towards family members who require additional attention. You know, classic Hallmark fare. Instead, the film tends to resist those urges and foster an underlying struggle where Noah’s past and present familial issues have forced him to distance himself from his own family in the same sense that Lainely has her own family disconnect.

Yet the film does not linger on these issues that are beneath the surface, but allow for short flashbacks or brief, simple visual cues to express more with less. One brief shot features a photograph with Lainely lying in bed with an infant with sleepy eyes. This infancts absence in the film may point towards Lainely’s penchant to loaf around and distance herself from caring for the daily needs of August and Bob. This simple photograph and Noah’s own brief flashbacks offer just a sample of information to draw out a dose of sympathy. That is not to say that the film has its share of eye-rolling dialogue straight out of a soap opera, but these flaws are not too distracting or campy.

To portray this heart-felt story, a compassionate and believable cast is required and such is delivered. Menchaca, who also serves as writer and co-director, offers a compelling portrayal of a man unsure of himself, with a red beard depicting his own ruggedness and the community’s. Shaw portrays her character’s sense of unwillingness to trust or be trusted. McFarland’s Diane captures the desperation and unconditional love of a woman struggling to keep a family with such ill health as hers together. The most compelling performance is that of Tobias Segal, who portrays August’s cerebral palsy to the point where I was shocked to learn that Segal is not afflicted by the physical disorder.

This is Where We Live has an aire of authenticity from the hand-held cinematography and a cast who performs with casualty as if were non-actors lifted right out of impoverished situations just as these. This portrait of a family’s struggles is has a dusty mellow tone with a backdrop that is ruggedly working-class. I am unable to recall on whether the film’s title is derived from August’s dictatation in a scene was from the New Testament, another source, or if was something original, but its Zen-like meaning is appropriate for the situation the Suttons have been given.