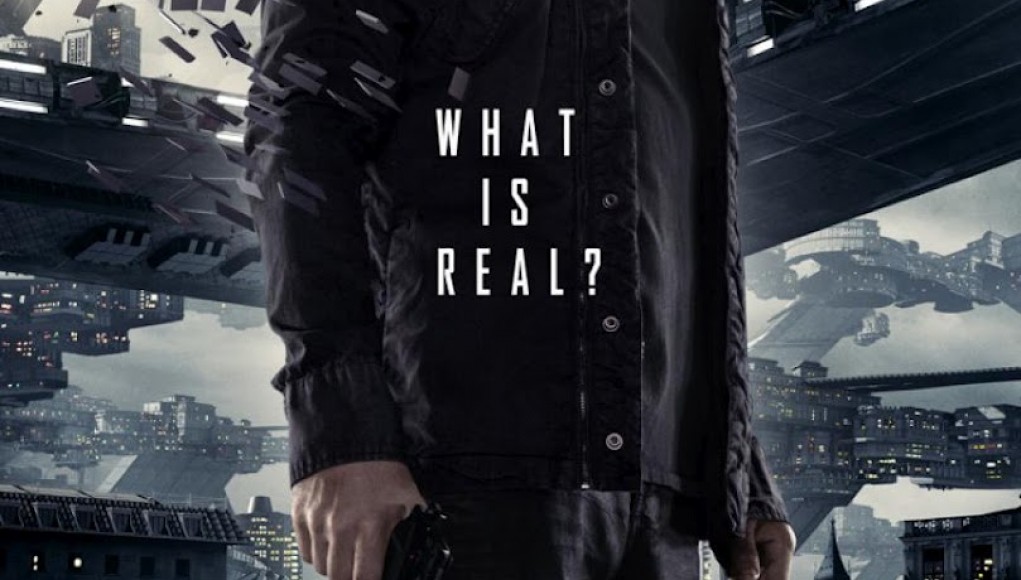 Everyone saw the train derail a mile away; a modern classic remade in the era of remakes and CGI. Marketed as a re-visioning of the Phillip K. Dick short story “We Can Remember It for You Wholesale,” Total Recall is a redundant and exploitative attempt capitalize on the memories and nostalgia of fans of the 1990 classic, especially mine own.

The United Federation of Britain led by Chancellor Vilos Cohaagen (Bryan Cranston) and The Colony are the remaining superpowers in a quasi-cold war now that chemical warfare has turned much of the globe into a wasteland. Douglas Quaid (Colin Farrell) has been having recurring nightmares at night and is discontent regarding his working-class life in the colony. He visits Rekall in hopes that artificial memories will supplement his monotonous life. Rekall operator McClane (John Cho) suggests for Quaid to be a spy, but just as the procedure has begun, McClane says that Quaid is actually a spy and is immediately raided by a UFB team.

Quaid returns home to find solace in his wife Lori (Kate Beckinsale) to learn that she is not exactly his wife, but a high level agent assigned to keep track of him. While on the run, Quaid is (re-)introduced to Melina (Jessica Biel) who has appeared in his dreams and helps Quaid navigate through clues from his supposedly previous identity Carl Hauser to locate Matthias (Bill Nighy) a rebel leader.

For some strange reason, my parents took me to see the original Total Recall when I was five years old, and the violent elevator scene has left a lasting impression. This is one of my earliest movie memories, but I cannot say the same for this 2012 remake. The original was shaved little by little to shed its original X rating to an apparently paltry R. Yet, the bloodless and mindless killing in this 2012 remake is far more offensive as bullets fly into bodies without consequences or a drop of blood, a requirement of the PG-13 rating.

This Total Recall is set in a futuristic Europe that is physically building upwards at a fast pace now that special living area is a premium.  Weapons and vehicles have certainly advanced, but bringing the plot into the 2010s would have been welcomed if there was some substance to begin with.

The excessiveness is vast as this film fails to meaningfully use the power of modern CGI to craft a world that is worth caring about. There is a sterilization to the effects in this film and I will keep my organic analog effects, thank you very much. Among the other excessive elements is the egregious amount of artificial lens flare, an element that can be used effectively (Super 8, Star Trek), but here, its presence is annoying and hollow. If this was the 1990 version, the lens flares could assist in questioning Quaid’s consciousness. However, this modern remake does not effectively provoke the same line of questioning, and the lens flares are distracting and immature.

Although I am not a scientist, nor am I typically a nitpicker, I am aware of  the greatness of Earth’s gravitational forces. The film promotes The Fall as a gravity train, a transportation vehicle that travels through the Earth’s core to get from one side of the Earth to the other in just the matter of a few minutes. However, regardless of speed, gravity takes over when this theoretically occurs and the free-fall from one side of earth to the other should actually take about 42 minutes. Then again, just passing through Earth’s core and magma is another impossibility that will be skipped in this movie review.

With the majority of the performances calling it in from home, Cranston–of course–rises to the top with his villainous persona made popular by his seminal role in Breaking Bad and last year’s Drive. Farrell had the advantage to look more like a regular Joe compared to Arnold Schwarzenegger’s Mr. Universe physique, but offers adequate performance. However, Total Recall is not exactly a vehicle for talents to flex their muscles in the first place.

Although, as many remakes today are specified, the filmmakers are not classifying this Total Recall is as a remake of the 1990 original but as a fresh adaptation of the Phillip K. Dick short story “We Can Remember It for You Wholesale.” There have been many films that have provided fresher and more loyal adaptations of source material other than their classic cinematic counterparts (True Grit). Merely returning to source material is not enough to make a fresh impression. There is not enough material in this film to supersede the film’s intentions to be anything beyond producing an exploitative remake and is instead a redundant exercise in excessive effects.

Not all remakes and reboots have been awful, some have re-situated beloved characters and settings into eloquent films that expand on their contextual themes. Then again, most of the attempts are designed to exploit the mass consumption of nostalgia for excessive profit gain. Sometimes it works, but in this case, it does not. The original film had a smart and ambitious storyline and the effects for its time were superb and inventive; a classic sci-fi thriller ever since. To say that ambition was carried over unto this 2012 remake would be false.