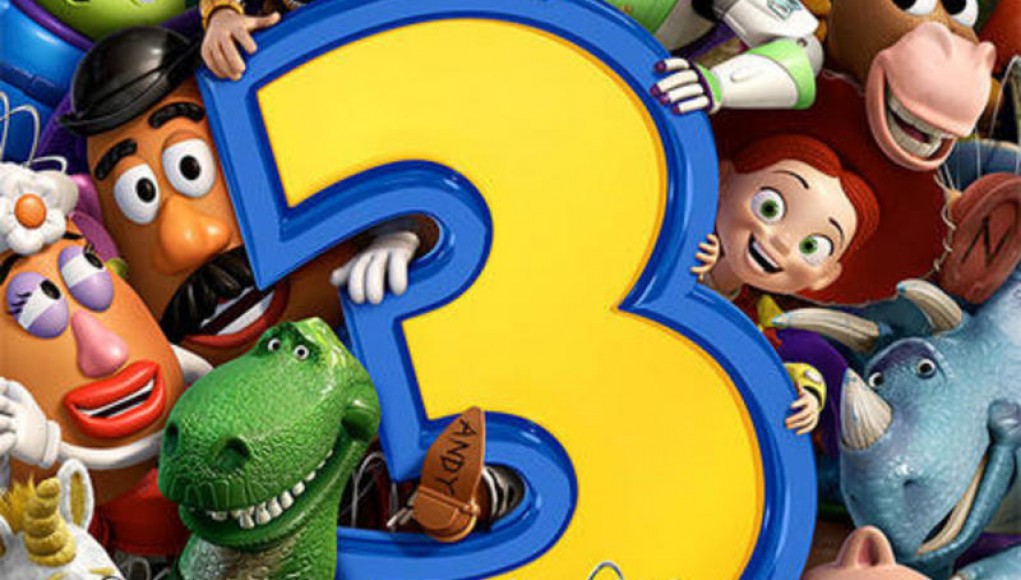 Toy Story 3 rounds out the wonderful Pixar series continuing their imaginative streak. The first two Toy Story films never made a big impression on me, and I’ve been indifferent to many of the past several Pixar releases. Toy Story 3 is a different breed. Andy has matured, the toys have been neglected, and major changes are about to occur.

The first two sequences assemble the the wonder, imagination and the joy toys provide children at such a young age, and how they form a foundation to our upbringing. Andy (John Morris) is now on the brink of moving to college and at the behest of his mother, must start cleaning his room. Andy chooses to keep his toys in a trash bag to be stored away in the attic forever, except Woody (Tom Hanks) which Andy chooses to take with him to college.

After accidentally leaving the plastic bag next to the attic stairs, Andy’s mother mistakes it for trash. The gang believes that Andy wanted to throw them away and instead retreat to a donation box, which Andy’s mother donates to Sunnyside Day Care.

After an initial welcome from the other day care toys, the gang realizes that they are prisoners rather than toys and Buzz Lightyear’s (Tim Allen) memory has been reset, placing him against the gang. Mistreated by both children and the hierarchy of toys in the day care, the gang soon looks for away out, and a way to reunite with Woody and return Buzz to his previous glory.

Toy Story 3 trumps the earlier sequels, yet the true laughs are few and far between. Instead, Pixar amps up the sympathy by evoking emotions through the idea of being neglected and forgotten. This is an issue which resonates well with anyone who has left home for higher education. How can one leave the objects that allows children to express their uninhibited imagination?

I can easily recount the wonderful memories of building colorful worlds with Legos, complete with Batman/James Bond-esque stories. I remember receiving a WWF wrestling ring with matching action figures (they are not dolls!). I loved all these toys, and have kept them to hopefully pass on to my children, I even sent an email to my mother to be sure they remain intact.

I have not played with these toys for nearly a decade, even though at one point they meant everything to me. For any boy or girl privileged to be given toys at an early age, Toy Story 3 returns to those memories far more than the first two Toy Story films. Where the earlier films created a world we imagined what our toy did when we were not with them, this film expresses how important they are to us. My imagination was stronger than ever when toys were in my hands, and my crazy-ass ideas and screenplays that I write are products of my toys.

Toy Story 3 is an excellent film and may easily be one of the best Pixar films released. The animation continues to be impressive and the innovation is aimed at the minute details of movement with the characters. The pacing is nearly perfect and creates a roller coaster ride of emotions that only compares to The Goonies.

Toy Story 3 did not captivate me as much as others have expressed and there was a lack of emotional investment for myself. Other critics appear to discuss tear shedding and sniffling. The audience around me, however, were filled with gasps, oos, and ahs. While I can admit that Toy Story 3 did not provoke any of the aforementioned onomatopoetic sounds or tear me up, it did give me a higher appreciation for the toys that formed my life and imagination, and that is why Toy Story 3 is an immense success. This film does not have the same battery of toy related puns, but instead increases the imaginative sequences that make us love the characters of Toy Story.