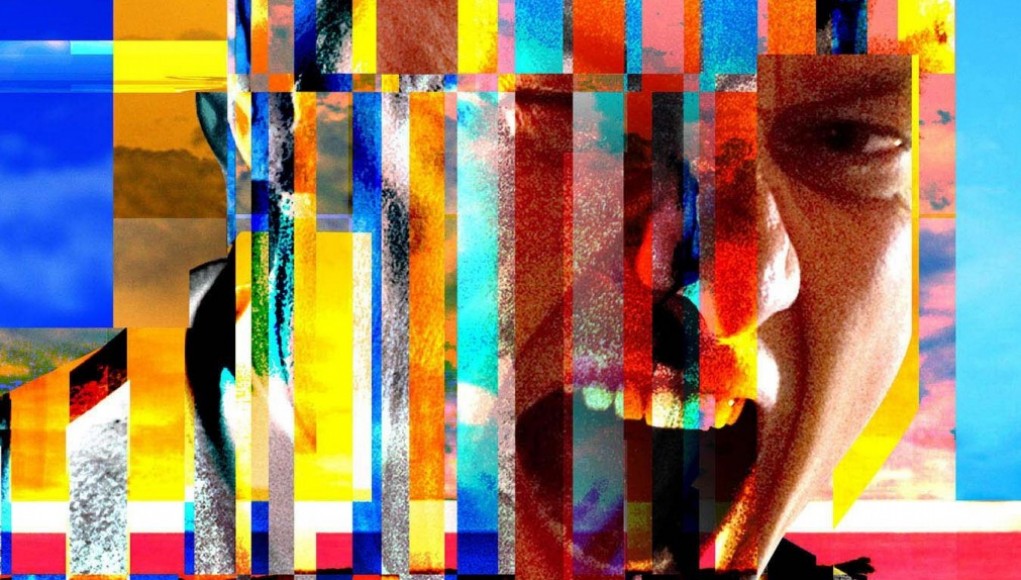 Danny Boyle has made a career in exporting visions of cityscapes around the world.  His first films, Shallow Grave and Trainspotting represented Edinburgh in such a light that the country has still not fully recovered from the stereotype of chronic heroin abuse and violence.  His later film 28 Days Later opened with an exploration of an empty, post-apocalyptic London that was chilling to inhabitants of the city.  Such huge audiences saw his next film, Slumdog Millionaire, that it is reasonable to believe that a large number of them have never seen a film set in Mumbai and therefore their view of the country is directly from the screen.  His latest film Trance is another film in this same tradition.

The story revolves around Simon (James McAvoy), an unreliable narrator, who is working as an auctioneer where a gang of criminals led by Franck (Vincent Cassel) try to steal a Goya painting during an auction.  During the confusion of the heist, Simon hides the painting and then gets hit in the head and loses his memory.  This leads to Franck pursuing him and forcing him to see Elizabeth, a hypnotherapist (Rosario Dawson) that helps him try to remember where the painting is.  Simon is so scared of the gang that Elizabeth has to try increasingly complicated methods of reviving his memory, which leads to tension with the gang and her increasing involvement with Franck.

The film fits comfortably into the postmodern heist genre alongside others such as Ocean’s Eleven and Inception. The recurring narrative device that these films all share is to repeat scenes with extra information each time in order to build multiple twists.  This allows the film to revisit earlier locations multiple times and have the camera sweep through and over the city.

The film is incredibly stylish with a colorful visual palette painting the city with blues greens and reds throughout.  The camera is often set at an angle to increase the impact of a modern building or street view, giving the city a cold and claustrophobic feel – especially the birds’ eye shots of motorways and disorientating angles of underground escalators, as well as neon lit nightclubs and apartments.  All of this gives Simon’s confusion and amnesia a very technophobic emphasis as he stumbles through the city.  This is increased with a pounding techno soundtrack courtesy of Rick Smith (from Underworld and 2012 Olympics Opening Ceremony fame)

Another stylistic decision from Boyle is to include a number of intertextual references for close fans.  These include a shallow grave (Shallow Grave), being hit by a car (as in Trainspotting), a fire extinguisher (as a nod to Irreversible) and an undeniable reference to Ewan McGregor in McAvoy’s acting style.  Boyle and McGregor have a symbiotic relationship in their early careers effectively launching each other’s careers.

The film is overacted in places as well as violence and nudity that will offend some, but the overall aesthetic and pacing of the film will impress most moviegoers who enjoy action/thriller films.  And for those who are unimpressed with narrative, the vision of an amnesia-inducing London should seem a satisfying distraction.