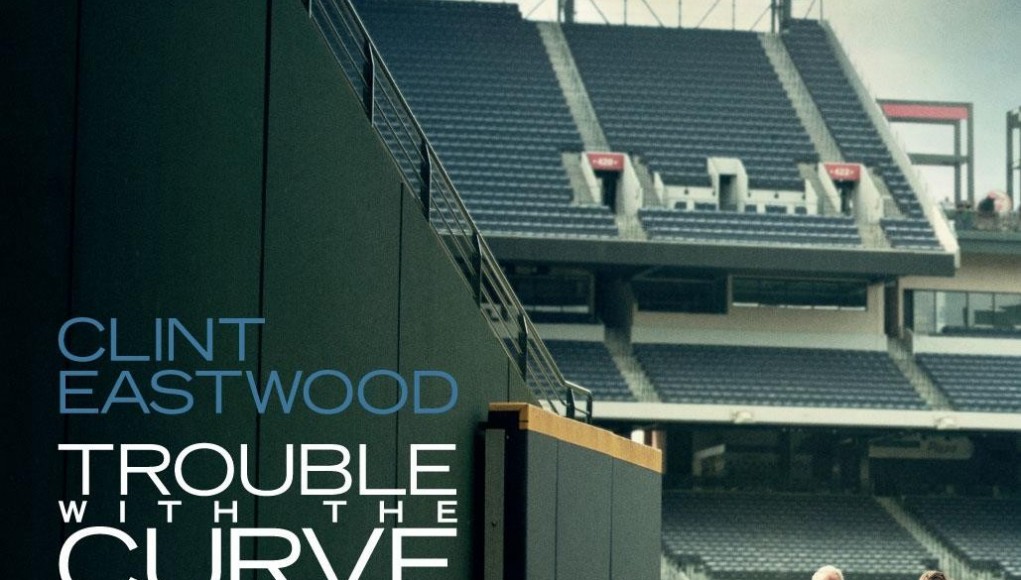 Wall Street is one of the leaders in technology, especially when a minute percentage point, and even the micro-seconds between trades, can determine capital gains and losses. When a century-old game begins to use algorithms in order to build statistically perfect teams, it is the passion that seems to take the hit. Trouble with the Curve depicts the need for tangible field research in a technically changing profession.

Gus Lobel (Clint Eastwood) is a veteran baseball scout for the Atlanta Braves with apparent signs of aging including impaired vision. The team is looking further into more algorithmic and statistical approaches to choosing players, although Head Scout Pete (John Goodman) wants to give Gus another chance. Pete persuades Gus’ daughter, Mickey (Amy Adams), a lawyer pressing for partnership with her firm, to assist her father during a scouting visitation in North Carolina.

The curve in statistics is the normal distribution of data in a bell format, where the mediocre is more prominent than the top and the bottom ten percent. In baseball, it is a pesky pitch that forces batters to become disciplined. No amount of steroids can help a batter without self-control to hit a curve ball. Gus has slipped towards the back-end of the curve, not because he did not keep up with newer technologies or methods, but simply because old age has crept up on him in a career that demands attention. Yet, he is not the type to focus on one attribute of a player, and he is not the type to rely on one way to accurately analyze the worth of a player. Statistics can be cold, and does not represent the drive and characteristics that a player may have, and that is what Gus understands.

Eastwood’s gruff voice and impatience carries over from his career, but these characteristics are appropriate for Gus. With only a little backstory can we see how his relationship with Mickey has shaped her work ethic and inability to create close relationships, whether it is friends or lovers. Mickey is a Blackberry wielding workaholic who is under pressure to complete an assignment from her superiors. Along with catching up with her father when not assisting him near the diamond, she is unashamed to question Gus’ disappearance when she was young, and how it has affected her ever since.

One of Gus’ early picks, Johnny Flanagan (Justin Timberlake), has become a scout for another team, but the two remain on good terms. Johnny is conveniently the same age as Mickey, and represents the gap between Gus and his profession and his daughter’s relationship. Furthermore, Johnny is on the receiving end of Gus’s experience and Mickey’s reluctance to build a relationship.

Trouble with the Curve is the antithesis of Moneyball. Last year, the Aaron Sorkin-scripted baseball film explored how statistics could assist in a club’s economics by signing over-looked players who are much more valuable than originally considered. By using this information, a baseball team can compete with the dynasties that consume A-listers voraciously. Tom Silver (Matthew Lillard) is Gus’ co-worker who eyes the head scout position, and hopes to use the Moneyball technique. Even at the end of Moneyball, an announcer applauds the statistic and economic-based player purchasing format but concludes that fundamentals are the foundations for a great team.

Eastwood takes the bench for this film, leaving direction to long-time associate Robert Lorenz. For this film, Eastwood returns to his gruff persona and struggling with a career in closing, themes seen in Unforgiven and Gran Torino. Amy Adams is able to maintain the composure that is genetically supplied by Gus, but does bring out the classic Adams pep. Timberlake, always as the likeable nice guy, is able to properly maintain his friendship and loyalty to Gus while revealing his adventurous side to Mickey.

Both Trouble and Moneyball force the spectator to side with their methods of player acquisition. Yet, Trouble with the Curve is much more of a family film, particularly with Mickey and Gus’ relationship, and the inherit passion of the game and its history is cemented in the characters. Mickey can recite facts and figures without a flinch, and it is that passion that Trouble with the Curve has over its more analytical cousin, although it certainly wades in its own formulaic rhythm.