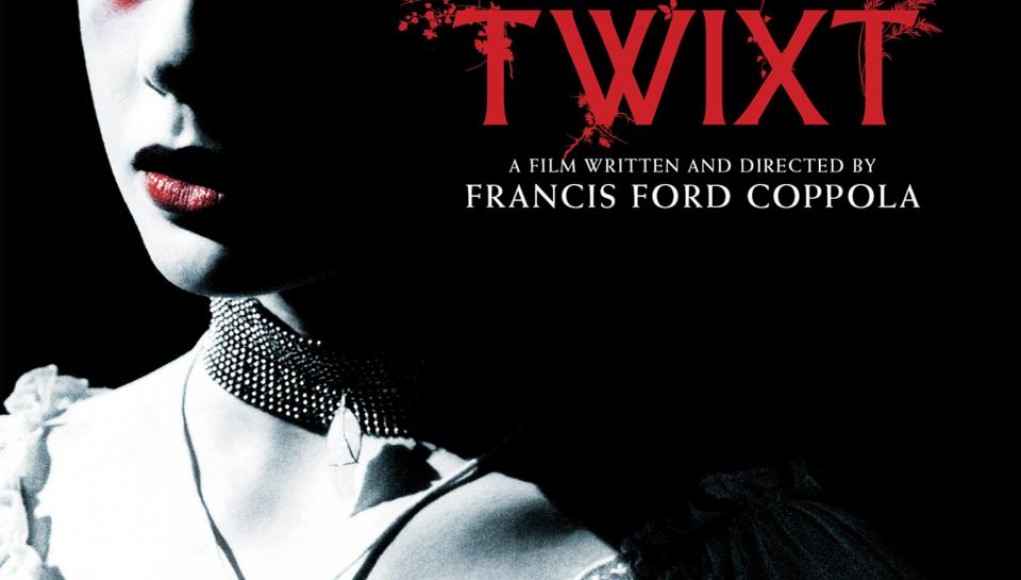 Francis Ford Coppola made four of the most important films of the 1970s back-to-back-to-back, but the financial failure of One From the Heart drove him to work hand-in-hand with the studios. His ten year break between The Rainmaker and Youth Without Youth, followed by Tetro, gave him a chance to focus on his Napa Valley vineyard and nurture projects within his family. His most recent film is also his new misstep. Coppola takes Twixt ultra-low-budget in order to explore a mystery involving a peculiar town and the lucid dreams of a struggling mystery writer.

Hall Baltimore (Val Kilmer) is a third rate mystery writer who arrives in the small town of Swann Valley to attend a book signing of his new novel. The town is so small that the book store occupies a corner in the hardware store. The only claims to fame in this town are a seven-sided clock tower where each clock displays a different time and an old hotel where Edgar Allan Poe once slept. Sheriff Bobby LaGrange (Bruce Dern) invites Hall to check out the body of a murdered young girl in the town’s mortuary, as well as suggest a partnership with him about a novel. Baltimore and his wife struggle financially, to the point that his wife is threatening to sell priceless first edition hardbacks. While Hall stays in town, he experiences lucid dreams where he is either guided by a young girl V (Elle Fanning) or Poe (Ben Chaplin) himself.

Even with a few excellent visuals during Hall’s dream, Twixt suffers from campy acting and scenes, no thanks to a bloated Val Kilmer, a lackluster Bruce Dern, and a horrendous and laughable scene involving a Oujia board. Those intriguing visuals exist only in the dream sequences, offering clues to the mystery of the young girl’s death and the book that Hall and LaGrange wish to write together. These dream sequences make use of light sources that are digitally enhanced to bolster the ethereal atmosphere, such as lanterns against a monotone black and white frame; a stark contrast to the ho-hum real-life that Hall suffers from.

Twixt stumbles over what is a dead simple premise, and the performances hinder the film’s chances at even being mediocre—although Fanning shows promise for an aspiring talent. Twixt might be Coppola’s least impressive film in his six decades of work, as it is a half-baked concept that leaves much to be desired. If you think about it, most dreams are sort of like Twixt: campy, half-baked, and laughable.