Home Movie Reviews Under the Skin 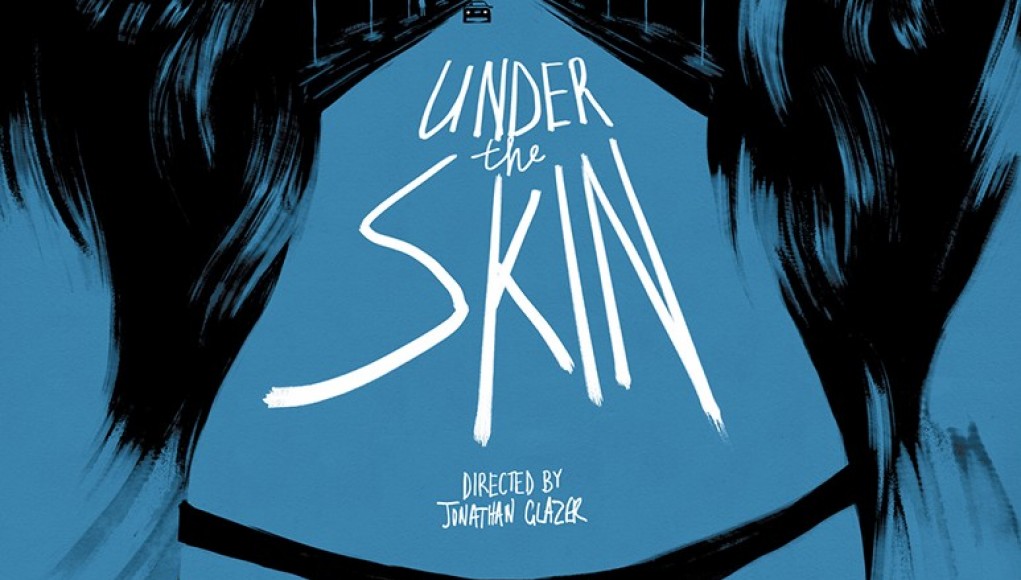 An effective cinematic examination of woman as pursuer—she with the ‘female gaze’ driving around the streets of industrial Glasgow attempting to lure men that are walking alone into her van and eventually to their deaths—would require a woman beautiful enough for her targeted males to disregard her ‘way’ while in total trance of her ‘means’. An actress that looks like Scarlett Johannson would be perfect.

Johannson is exactly who director Jonathan Glazer went out and got for the lead in his new movie. He and screenwriter Walter Campbell used the title of the source material—Michael Faber’s novel Under the Skin—its Glasgow setting, five lines of dialogue (at best), and very little else to construct this new film. It consists of, in its first half, a wildly bizarre, highly engaging feminist take on vampires and their pursuit of the opposite sex’s life source. The second half shifts into the female pursuer becoming the pursued, a coming-of-age story that, combined with the opening hour, leaves the film wide open for interpretation.

With this latest movie, Glazer abets what critics claim is his natural place as fellow Brit Stanley Kubrick’s heir. If Kubrick did one thing well it was to create remarkable mise-en-scènes in film after film that still invite exegeses from all corners. The documentary Room 237 is a plausibly interesting interpretation of the many levels of meaning those filmmakers found within Kubrick’s film The Shining, and right now other documentarians are probably hard at work on a similar explication of Under the Skin. Glazer’s sophomore effort Birth brought fresh meaning to the term “haunting,” and it set up high expectations for Skin, a film that was ten years in the making. Glazer does not disappoint.

Quickly bowed, non-diegetic violins accompany a black screen that is held longer than comfortable as the film’s opening. A white dot slowly grows into an orb, which transforms into the helmet shield of a speeding motorcyclist before a jump cut to a motorcycle in long shot on a country road at night that approaches the camera and stops. The rider then fishes a body out of a river, and in a house the alien Laura (Johannson) takes this body as its new home.

A feminist take on sexual conquest can startle if done right, and Laura depicted “cruising” around Glasgow in a large utility van—the camera simulates Laura’s eyes as they size up the men walking the streets like the eyes of a man looking for his next target might ogle women—jars our expectations, especially when we learn what Laura plans to do with the men.     Since interpretation of this film is user-projection-friendly, it remains deliciously ambiguous, and it’s never clear why Laura wants the men dead, or why her last victim (the physically deformed London media star Adam Pearson) changes both her consciousness and the entire direction of the story. As this movie progresses, form eventually reflects content as filmgoers, like Laura’s victims, are dazzled enough with ‘way’ to allow ‘means’ to be the many things they can be.

Playing the manic crime boss, Ben Kingsley carried Glazer’s precocious debut Sexy Beast  the same way Nicole Kidman and Anne Heche used their polar-opposing roles to make Birth a movie for the ages. Combined with those two movies, Glazer’s new film, along with the total-departure-from-typecast role he coaxed from Johannson, make him one of the finer directors working today.