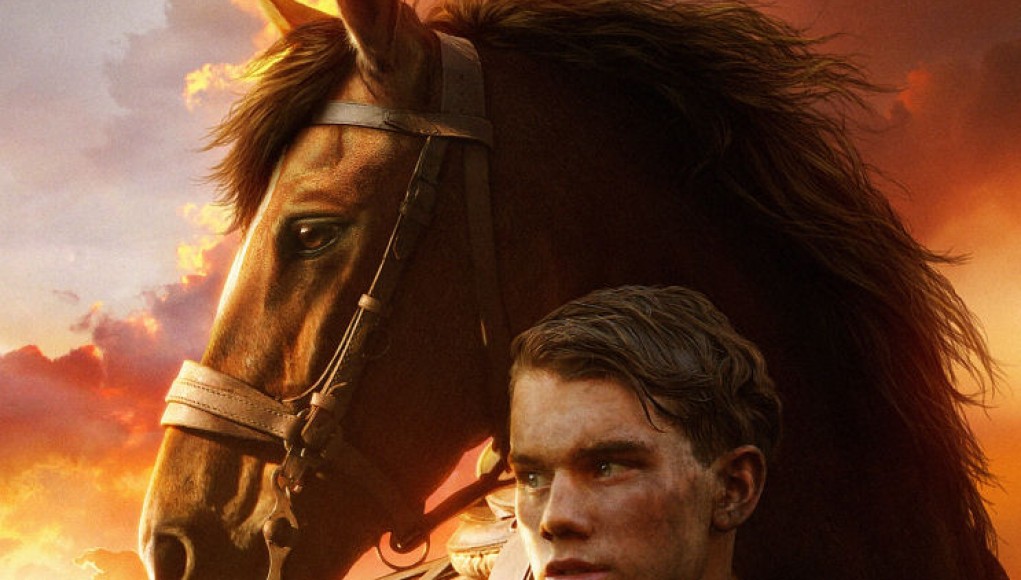 War Horse is a trite attempt that reaches the broadest audience without delivering a cinematic event implied in the marketing. The film is Steven Spielberg’s second directorial effort released in December 2011, a month that traditionally dumps event films with more awards gravitas to take advantage of the increase holiday traffic. Taking advantage indeed, War Horse offers a smorgasbord of easily consumed emotions on a silver plate that completely lacks in the urgency.

Ted (Peter Mullan) over pays for Joey, a thoroughbred horse at an auction insisting that the horse had spunk and potential despite its stubborn nature. But it is Ted’s son Alby (Jeremy Irvine) who finds a bond with Joey, successfully training him beyond everyone’s expectations. Even after Joey successfully assists plowing the fields, a late night storm floods the crops, and Ted is forced to sell Joey into the British Army as WWI approaches, breaking apart the human-equine bond between Alby and Joey.

War Horse caters to the lowest common denominator like Spielberg’s 1970s and early 1980s fare. The film is designed to evoke emotions using the simplest forms. Spielberg has been doing this for six decades now and War Horse is his most regressive effort to date. John Williams’ sweeping score spoils any chance for the visuals to reveal plot points effectively. Anxious about how a scene might end? No fear as Williams’ score will guide you through this mindless story, acting as weak foreshadowing to moments to come. That is if you were not able figure out the predictable plot in the first place. Even with a heroic and forcibly iconic jump over the war trenches—also used in the trailers—the film takes more from Babe meets Free Willy and E.T., all of which were more sincere.

If War Horse does any thing well it is the portrayal of how unprepared all militaries were during WWI. Every country had advanced mechanization in some form, yet continuously retreated to using traditional forms of attack. The British Calvary found themselves picked off one by one with German’s machine guns, no match for swords on the back of herd of horses. The war scenes are in fact the best aspect of the film, a title Spielberg has worn since Saving Private Ryan. But the film did not properly explore how meaningless the war was other than a scene in the trenches of a similar sentiment as Stanley Kubrick’s Paths of Glory which portrayed the growing amount of dissent and retreats all militaries were experiencing.

If Spielberg is taking for any filmmaker it is Jean Renoir and his early poetic realist films. Poetic realism existed in France in the 1930s and typically portrayed anti-heroes living on the margins of society. Joey is far from an anti-hero, but this horse is passed around from military to military having owners and caregivers come and go. Joey might as well live on the margins of society as he is a center piece in a war that would tear an entire continent apart. He is an equine that shows loyalty to whomever takes his reigns and treats him with respect.

At least The Adventures of Tintin attempted to use motion capture and 3D in order to give spectators a new way to enjoy the film, even though the 3D was also intrusive and unnecessary. But these two films released in the same month by the same director fulfills most Spielberg fans, the sentimentalists and the thrill seekers. No, I do not have a heart of stone. War Horse fails to be anything but infantile and camp. From the score to the overacting of the horse, this film wants to reach into the hearts of the largest possible audience with its left hand, and groping the audience’s wallet with its right hand.