Home Movie Reviews We Need To Talk About Kevin 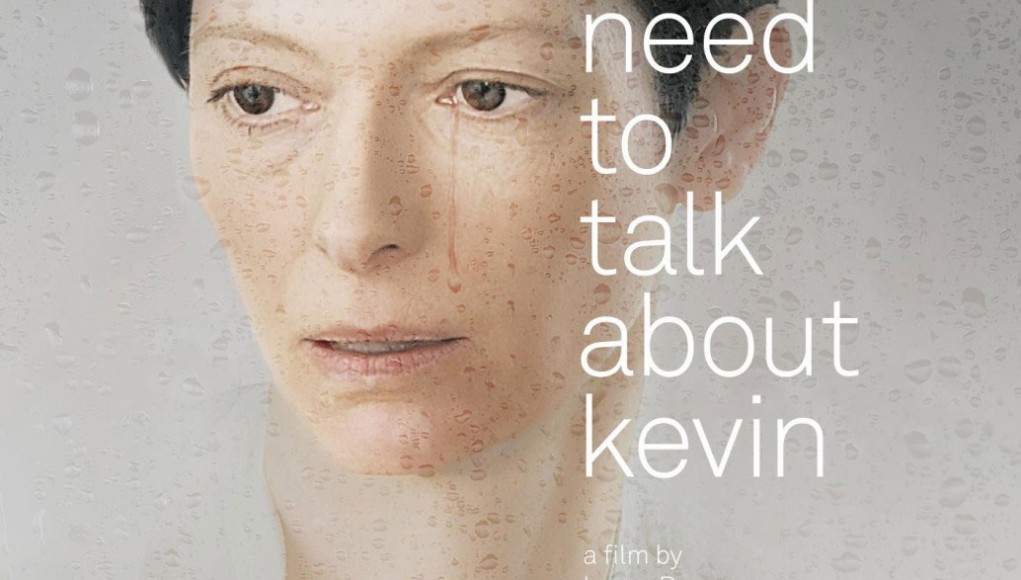 The millennial transition found America with several high-profile massacres at high schools and colleges around the country; Columbine and Virgina Tech being prime examples. The film industry has portrayed such phenomenons several few times, with Gus Van Sant’s Elephant being the most well known. Now we have We Need to Talk About Kevin, which offers a more cognitive depiction of how a manipulative monster grows and then explodes. This 2011 independent film is one of few to show that these teenagers are often times deranged from the beginning, and their manipulative ways are ghastly and unpredictable.

After Kevin (Ezra Miller) is arrested for performing a massacre at his high school, his mother Eva (Tilda Swinton) looks back on the formative moments and childhood of her son, and struggles to assimilate back into society. Kevin’s manipulative relationship with Eva, and later his sister, is contrasted with his relationship with his father (John C. Reilly).

What will be looked over in this film is how it does not wag the finger of shame at video games as a culprit and catalyst for teenagers to commit horrendous acts. Instead, it properly places the issue down to the formative moments between a child and their parents and the cognitive and neurological issues that some children have. Eva was never prepared to be a mother, and her maternal instincts—if there were any at all—never kicked in. In the few moments where she attempted to reach out and gain some sort of connection to Kevin, he rebuffed it as he saw a lack of sincerity in such an attempt.

We Need To Talk About Kevin does not sympathize with the killer, or even for the mother for that matter. It expresses the true difficulty in raising a manipulative child who has a disorder that is problematic to spot and treat. Furthermore, Kevin does not use automatic weapons to execute his massacre, instead he uses an item that signifies the bond between him and his father. That alone is an odd case as Kevin and his father have a loving relationship throughout the film, and the weapon of choice was artifact that represented that bond.

While many point the blame at video games, television, and film as a common denominator of influences on teenagers who commit murders, the truth of the matter is that these teenagers only have one thing in common, they were deranged and ill long before they committed their crimes. This is not say that media does not have an affect on the behavior of children, since too much degenerative media can create apathetic children and teenagers. Their issues are multi-faceted and cannot be summed up by attacking the media. While the media does have a broad influence in the lives of children and teenagers, those children and teenagers who commit such acts based on influences from the media are still deranged enough to think and execute such a thing. Such accusations are often times not placing blame on the parents. We Need To Talk About Kevin examines how the relationship between a parent and child during their formative years together are essential, and parents who ignore the telling signs of social and mental disorders are to just as much blame.

Mentioned earlier, Elephant does depict issues at home, especially with parents. Bowling for Columbine is a documentary (with its flaws of course) that examined how the industrial-military complex that is so embedded in America influences children, more so than video games and media. But We Need To Talk About Kevin shows how some parents who do not have issues and problems of their own still have difficulty in reaching out to their children. This is film is a refreshing portrayal of an egregious problem that exists in modern high school experiences.