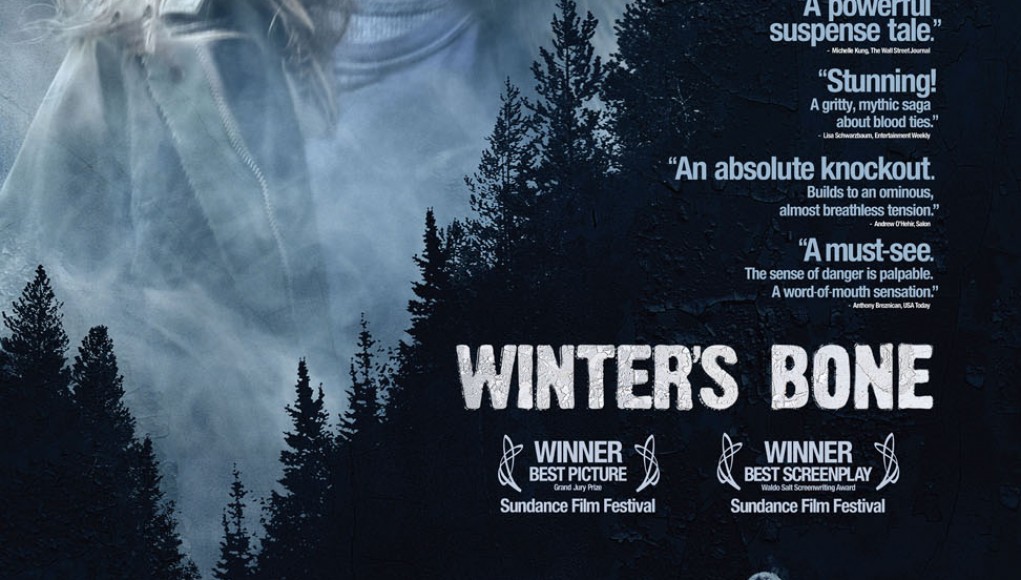 Winter’s Bone was a stand out feature at the 2010 Florida Film Festival, with long lines wrapped around the venues at each screening, and was a darling at Sundance, leaving with two awards, and finished with additional awards and acclaim at the Berlin Film Festival.

Hype was not necessary to promote the film, Winter’s Bone has the substance to stand up to Toy Story 3 and even Inception as best film of the year, although will be left to its indie film festival awards when the Oscars roll around, which is an honor beyond the gross politics of the Academy Awards.

Ree (Jennifer Lawrence), a seventeen year-old is wise beyond her years, responsible for her two younger siblings and her mentally and physically failing mother. Her missing father has posted bail with the family’s house placed against the bond, and within one week, she must find her father, dead or alive to save her family’s well-being.

Ree navigates through the criminal underworld based around the drugs, particularly with crystal meth, deep within the Ozarks. This criminal organization has loose ties to her as family, yet knows to keep her at a distance.

Winter’s Bone follows the American cinematic methods to a tee, re-telling the hero’s journey and returning with the elixir, with a dry, dark humorous twist. While the story itself is simple and straight-forward, particular plot-twists in someways have an excellent way of prompting one to think that one twist will occur, when another overtakes the story entirely.

Initially, Ree encounters a variety of dead ends, each with a relative, or distance relative giving her the dead-end advice. While she hits brick wall the criminal circle that is more protective of their well-being, despite their obvious knowledge of her father’s whereabouts, there does arise a sympathy that provokes this circle to lead her to the grail. Whether this sympathy is rooted in ties to her family tree, or the idea that she is the unselfishly sole provider for her immediate family.

The landscape of the Ozarks is a setting unknown to most, deeply hidden in the middle of the America, physically accessible, socially not so. The culture depicted in Winter’s Bone is portrayed as deeply involved in drugs of both minimal repercussions (marijuana), and those which wreak havoc on the community at-large (meth, cocaine). This community is behind with the times, but righteously so.

The cinematography remains planted firmly on the ground, placed amongst the characters and places and never attempts to be above or better than the residents. Instead, the camera reveals the darkness at the same moment Ree experiences it.

Jennifer Lawrence as Ree is stunning. She embodies the figure of a girl still young, slightly awkward in appearance, yet confident in her journey, but slightly scared. A teenager. To say that Winter’s Bone is a coming-of-age story is not entirely accurate. Ree’s character has advanced beyond her age prior to the film, and advances even further at the completion of her journey.