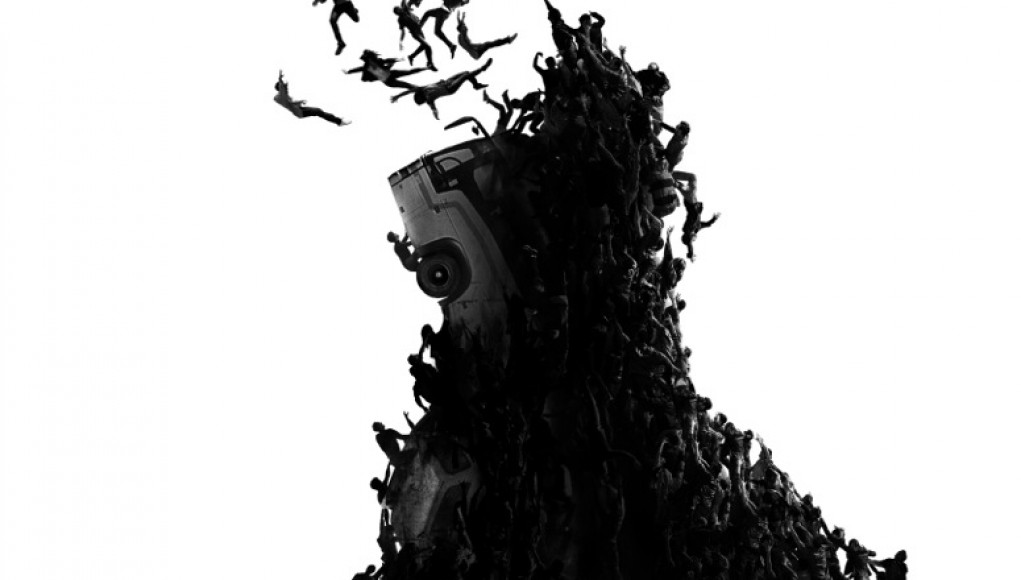 World War Z joins the vast but incalculable amount of zombie films and franchises as a promising, sprawling epic. Directed by Marc Forster and adapted from Max Brooks’ 2006 novel, the film attempts to confront the oft-tackled zombie genre with more seriousness, replacing gore with mystery.

Gerry Lane (Brad Pitt) is a former United Nations employee who gave up his job to spend more time with his family. While sitting in bumper-to-bumper traffic in Philadelphia, the world collapses within the matter of minutes. Explosions occur, emergency vehicles get deployed, and traffic becomes panicked before Lane and his family’s eyes. The Lanes narrowly escape several close calls as fast-moving, fast evolving zombie hoards scatter instantly. After Gerry pulls a few calls to his former UN colleagues, he is able to get his family to land safely on a US carrier at sea, but their accommodations are contingent on Gerry’s assistance in locating patient zero.

Max Brooks’ The Zombie Survival Guide offered humorous but non-practical advice to survive a zombie uprising, while also providing fictitious accounts of zombies that were just as hilarious. Far from humorous, his 2006 novel World War Z: An Oral History of the Zombie War offered a relentless portrayal of an apocalyptic zombie insurgency that forms the basis of this film. While Brooks has authored some of the most progressive zombie offerings in the past decade, World War Z is nothing more than repetitive zombie fare, albeit in an epic form with the addition of zombies having swarm-like potential.

There is a certain theme of privilege that is expressed early in the film. Lane’s UN connections give him and his family a chance to escape safely to a carrier that has now become the command center for a country that has seemingly disappeared over night. Lane and his team have found clues on the initial outbreak in South Korea and security in Israel. Both locales offer enough clues, but they are also two countries that are constantly threatened by surrounding nations. As with most films in the zombie genre, and expertly discussed in the imperative Year of the Dead, zombie infestation as portrayed in cinema is almost always an analogy to social and political anxieties.

To satisfy the PG-13 rating that is integral to claiming the target teenage and college male demographics, World War Z is devoid of blood, a strange aspect since these zombies run, swarm, and hurl themselves off buildings, into windows and windshields, and through barbed wire with mindless lemming-like determination. The film is artless, focusing solely on the mystery of the infestation and the survival of the human species. The innovation of swarms is derived from insect swarm behavioral studies to give the zombies a collaborative but mindless sense of attaining their number one goal, eating flesh at all costs. The other pioneering aspect: humans turn from corpses into zombies at a blistering pace of twelve seconds, which exacerbates the infestation exponentially.

While there is some innovation in the zombie species, the inherent struggles are similar: escape, survive, and exterminate. This repetitious plot is an annoying effort since the film spans almost two hours, but feels much longer. Perhaps this is because Lane traverses the world in search of patient zero, a serious but often mocked concept of the origin of a pandemic virus. Steven Soderbergh’s Contagion explored pandemics through a hyperlink narrative structure, but WWZ remains strictly within Gerry’s perspective, except for an occasional aside showing Karin’s (Mireille Enos) difficulty in reaching him via satellite phone.

Considering that we now have a hundred-million dollar zombie epic, this is the perfect time for the zombie fad to take a rest, although WWZ is rumored to have sequels down the line. There is a much more dramatic franchise that explores the human drama within small social spheres, The Walking Dead, which is one of the best television dramas currently running. Regardless, there is no end in sight to the zombie infestation in media, but if WWZ is any indication, it shows that even with a handful of innovation, the innate conflicts are always present, giving subsequent zombie films less footing.