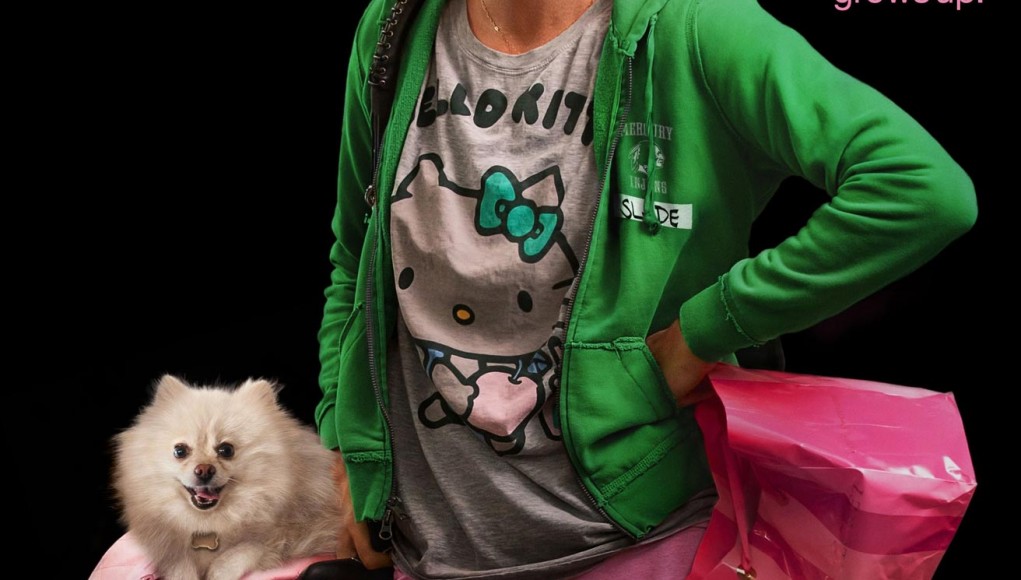 Remembering the loves of our school days is a nostalgic pastime that typically does not go beyond reunions and occasional glances of the yearbook pages. Young Adult explores a woman struggling during her mid-life crisis and her delusional attempt to return to her high school sweetheart’s arms. Screenwriter Diablo Cody and Director Jason Reitman have teamed up again since their commercial and critical hit, Juno. Where Juno followed the gestation of a sassy teenager, Young Adult is much harsher to endure as it reveals the destructive behavior of a woman moving into a new phase of her life.

Mavis Gary (Charlize Theron) is about to begin ghost writing the last book in a young adult book series targeted toward teenage females. After receiving a birth announcement for the son of her former high school sweetheart Buddy Slade (Patrick Wilson), she is unable to concentrate on writing. She impulsively travels to her home town of Mercury to win him back, even though he is happily married and committed to his new role as a father. Mavis was one of the cool kids back in the day, but her return to town reveals her inability to mature. She finds some solace when she befriends an old classmate Matt (Patton Oswalt) who is permanently injured from being targeted in a hate crime during his and Mavis’ senior year.

Young Adult begins rather swiftly and Mavis’ incident inciting impulse of returning home marks the film’s tone early in the exposition. The film moves at a steady pace as Mavis’ delusional objective spirals out of control. Mavis is also egomaniacal and pathological. Even when caught in a blatant lie, she continues to stumble along with attempting to deceive others, whether it be a concierge or a family member. Mavis has an unrealistic idea of her return to Mercury, and she has deceived no one and she fails to understand that her deceptive practices are not working in her favor.

With Juno and now Young Adult, Diablo Cody has explored modern life during and after high school through the point of view of a strong female character. Juno was impressed with the past and had nostalgia for punk rock while she dealt the guilt of carrying a child she has chosen not to keep. Mavis was no longer impressed by life now that her paying gig was drying up. She has become nostalgic for her own past. Not only to barge back into the life of Buddy Slade, but to also return to the infantile drama of high school.

Mavis is rather hesitant to start the last incarnation of the young adult series she ghost writes for, but it does not look like writer’s block. Her return to her home town allows her to listen to the vernacular and urgency of drama among the teenage girls who have replaced the role she once held. Yet, Mavis’ own actions are as malevolent as those teenagers, but twice as two-faced. Mavis begins an almost frenemy relationship with Matt. When she sees him from a far, she puts him down behind his back. In each other’s company, Mavis consumes Matt’s self-distilled whiskey to excess. Was it mentioned that she was an alcoholic?

Theron is brilliant in this role, and it is a rather difficult role to portray. Mavis is unaware of her suffering, but she is indeed suffering from a mix of mental confusion, delusion, egomaniacal tendencies, and excessive impulsive behavior. Patrick Wilson brings his best dumb and confused look, perfect for a character who has no clue what is going throughout the whole film. Then there is Patton Oswalt who provides a subdued and poignant performance as man who—similar to Mavis—is physically and emotionally held back by the past. However, his genius is almost hidden. Oswalt channeled his experience of being an excessively passionate football fan in Big Fan, but this time he bides his time distilling whiskey and collecting action figures.

Young Adult does not hide the obvious connections between Mavis’s character and her occupation—her delusion and her reality. Mavis does not wish to return to life in high school, in her head she is still experiencing it. Both Cody and Reitman have crafted a film that shows growth from both filmmakers. The film has a reliable pace to support the odd and cumbersome situations as Mavis continues to lust after Buddy. In the end, Young Adult is charming film as it sincerely examines Mavis’ fall from grace, yet offers a redeeming and bittersweet mixture of hope and uncertainty.

Fan of Jason Reitman and Diablo Cody? Check out the 2007 hit Juno and many other latest DVD releases available in the UK.